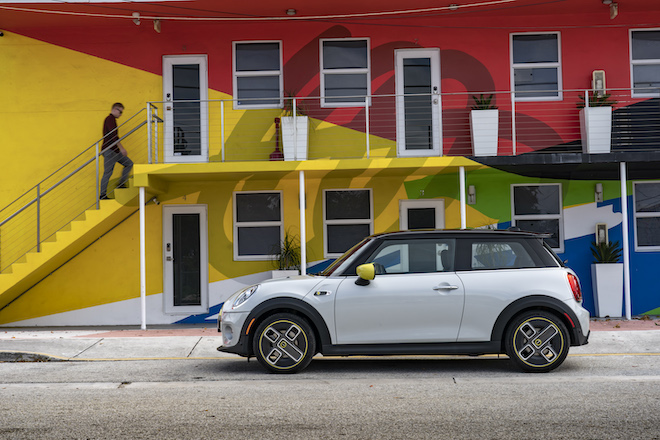 In some parts of the world, it’s known as the Mini Electric. In other regions, it’s called the Mini Cooper SE; but wherever it has been introduced, there has been unequivocal opinion that the electric car is an attractively designed, undeniably recognisable Mini, taking the technology of the BMW i3 and repacking it into the signature Cooper design. While parent company BMW’s new 4-series has been drawing mixed reactions of late with its newly re-designed grille, the new Mini Cooper SE electric continues to inspire passionate devotion with its cute looks and well engineered technology.

“We believe this launch will be a tipping point for the adoption of electric cars in this country,” declared David George, managing director of Mini UK on occasion of its debut in the market. Indeed, given its unmistakable good looks, Mini Coopers from across the generations have, on occasion become lead actors in Hollywood films, representing urban insouciance for the driver who demands his/her ride to be more than just functional but also fun. In 1969, the original British Mini acted with Michael Caine in the gold-heist film The Italian Job. In 2003, the remake of that movie also starred the next generation Mini Cooper: if we digress, it’s only to reaffirm the point that cars are more often used as mere props rather than co-equal stars in movies.

Electrification is not new to Mini. In fact, the Mini Cooper SE is not even the marque’s first electric car. Though the Mini E officially debuted in 2008 at the Los Angeles Auto Show, three electric Minis were already in use during the 2003 remake of The Italian Job to satisfy the subway authorities concerns over possible carbon monoxide poisoning. In fact, the Mini was the platform instrumental in enabling the BMW Group, the world’s first major car manufacturer to deploy a fleet of more than 500 all-electric vehicles for private use – it’s tacit agreement, if not testament to the Mini Coopers’ blend of aesthetics and performance. 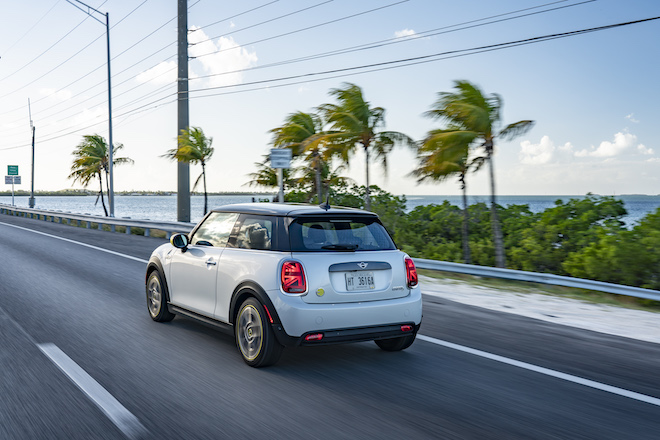 At a glance, the Mini Cooper SE is looks like a regular Mini but flashy neon yellow trim elements, unusual rims, and the closed radiator grille are subtle but noticeable details that this Mini Cooper is no an ordinary Mini but an electric one. Borrowing the motor from the BMW i3s, the Mini Electric produces 184 horses and 270Nm of torque, in fact, we dare say, it’s essentially a better looking BMW i3 at an a more attractive price point. Running 235km to 270km on a full charge, cynics might complain about its significantly lower range than competing electric vehicles (i.e. Hyundai Kona Electric or Jaguar i-Pace). They might even decry the lack of alacrity when compared to a Chevrolet Bolt or Nissan Leaf Plus, but what it “lacks”, the Mini makes up with defiant intelligence: this sort of compromise keeps the battery size, weight and charging time manageable: The T-shaped, 12 module 32.6kWh battery is ingeniously placed in the vehicle floor between the front seats and below the rear seats. ensuring that boot space hasn’t been compromised unlike most of the competing EVs out there.

When critics complain it’s not as zippy as the competition, it’s definitely no slouch either. Completing its century sprint in 7.3 seconds, the Mini Electric lurches strong off the line and handles like a F1 candidate. Why? Intelligent design means that Cooper SE is properly balanced with 58/42 front-to-rear weight distribution, considerably better than that of a Cooper S. Furthermore, despite riding 18mm higher than in the conventionally powered model – to provide clearance for the battery – the Mini Electric’s center of gravity is functionally 30.5mm lower. 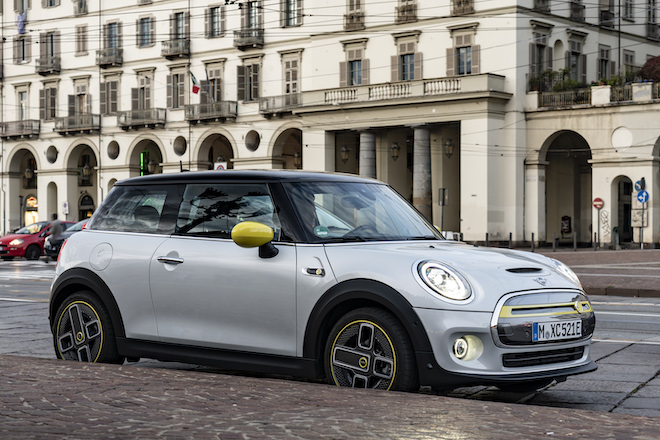 In compact, crowded city states like Singapore: the Mini Cooper SE checks the trifecta of value, performance and aesthetics. You simply will not find a more pleasurable EV experience than the Mini Electric.