Patented in 1997, the only mass-produced scooter with a RAAD forkless front suspension and a spaceframe quickly became one of the world’s most spectacular designs ever conceptualized at the annual (EICMA) Milan Motorcycle Show. 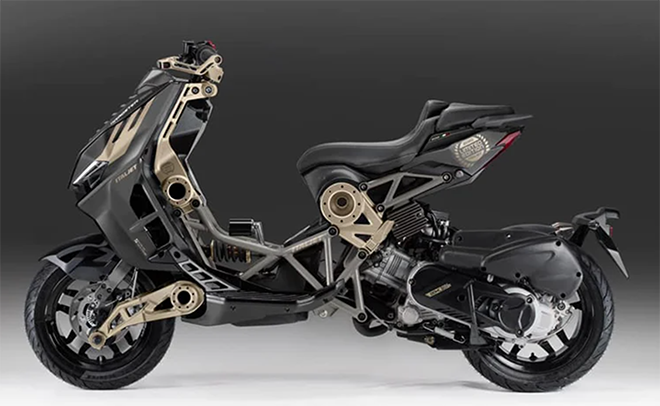 Turning heads till this day, Italian manufacturer, Italjet Moto presents its own rendition of the iconic 1990s and early 2000s two-wheeler. Unveiling the dragster in three bold colorways: anthracite, red and white; anthracite and yellow; and black and gray – Italjet has offered the first 499 customers a special livery to coincide with its much anticipated return. 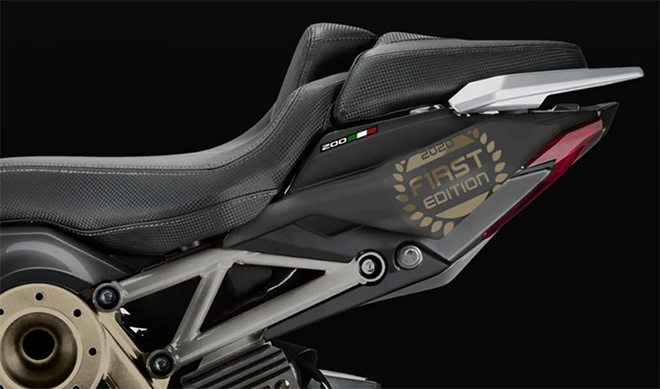 Featuring exclusive models adorned with an elegant black body with gold-painted details, the Italjet dragster scooter was scheduled for launch in September 2020, but has since pre-sold-out all 499 models. Incorporating a web-like trellis frame and golden die-cast aluminum plates, alongside a single-cylinder, two-stroke – the dragster showcases a combination of technology, styling and an inherent Italian passion for pushing boundaries. Worth anywhere between USD$ 6190.94 to USD$ 6438.62, the Italjet dragster scooter is available in two distinct editions, 125cc and 200cc – boasting an independent steering system which separates steering action from the shock absorption to filter out roughness from the road and any transmission of vibrations to the handlebars, whilst delivering at least 12.5 to 17Nm of torque, and effortlessly speeding up to 125km/h.