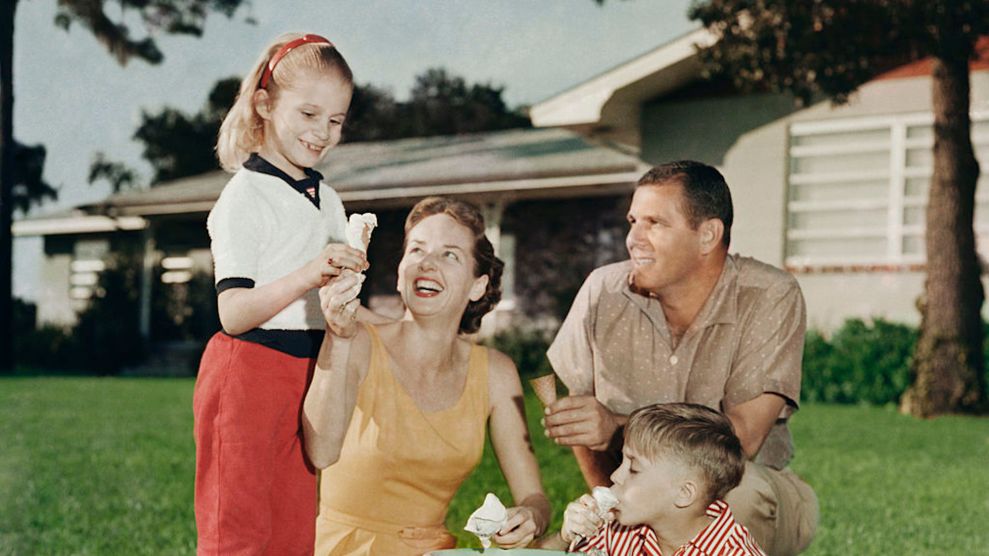 During the 2020 Democratic primary, housing policy played a far more prominent role than in any presidential contest in recent memory, as candidates released aggressive plans to combat rising costs, exclusionary zoning, and a wave of evictions. But the issue seemed destined to be relegated to the margins in the general election, amid more politically potent crises like the pandemic, police brutality and the push for racial justice, the economic collapse, and President Trump’s brutal crackdown on immigration.

And then, on Tuesday night, with a tweet (naturally), Trump pushed the subject right back to center stage.

At the request of many great Americans who live in the Suburbs, and others, I am studying the AFFH housing regulation that is having a devastating impact on these once thriving Suburban areas. Corrupt Joe Biden wants to make them MUCH WORSE. Not fair to homeowners, I may END!

There’s a lot to unpack here, but the first question is: Where did this tweet come from? After all, Joe Biden released his housing plan back in February, and it’s unlikely that the president just happened to decide, late in the evening four months later, to peruse the details. Generally, when Trump publishes a seemingly out-of-the-blue tweet, it turns out there was a Fox and Friends or Sean Hannity segment on the subject just beforehand. This time, the president’s information appears to have come from a Tuesday story by Stanley Kurtz in the National Review with the headline “Biden and Dems Are Set to Abolish the Suburbs.”

At the heart of the story, and of Trump’s tweet, is an Obama-era housing regulation. Affirmatively Furthering Fair Housing was actually a provision of the 1968 Fair Housing Act designed to combat housing segregation, but compliance and enforcement were weak until the Obama administration released a rule in 2015 strengthening AFFH by tying federal community development grants to proactive efforts by communities to integrate neighborhoods.

Trump is now threatening to end the AFFH regulation, but, effectively, he already has. In 2018, the Department of Housing and Urban Development announced a two-year suspension of the requirement that localities submit plans to undo residential segregation. And earlier this year, HUD issued a proposal to take the teeth out of AFFH by essentially freeing communities from any obligation to tackle segregation.

Unsurprisingly for a candidate who has pretty much staked his campaign on the successes of President Obama, Biden has pledged to restore the AFFH rule. But the former vice president’s plan goes further—or, in Trump’s words, gets “MUCH WORSE.” Biden draws from the housing proposals of his erstwhile Democratic rivals, such as Sen. Cory Booker (D-N.J.), in adding sticks to the carrots of inclusionary housing enforcement. One of the country’s biggest housing challenges, especially in high-cost cities and wealthy suburbs, is local zoning policies that make it impossible to build enough housing to meet demand, with the result of sending housing prices skyward. Biden’s plan would withhold transportation funds from jurisdictions that don’t reform their zoning codes to encourage more and fairer housing. That’s a much more powerful tool than the community block grants currently tied to AFFH: Suburbs may be content to forgo funds to promote equity and integration, but they really don’t want potholes ruining their roads.

It’s this proposal that Kurtz thinks would eradicate the ‘burbs. “I don’t see how the suburbs can retain their ability to govern themselves,” he writes. “It will mean the end of local control, the end of a style of living that many people prefer to the city, and therefore the end of meaningful choice in how Americans can live.”

Minneapolis and Oregon both recently ended urban single-family zoning, allowing multi-unit buildings on lots previously reserved for solo houses, and thus far the American way of life doesn’t appear to have come to an end there. Nor is there any indication, as Trump suggests, that the change has hurt homeowners, who, after all, might not see much reason to complain if the new ability to build extra housing units on their lots makes their land that much more valuable.

The main fear is not actually the depreciation of assets but what’s long been summed up as “neighborhood character.” For many decades, white homeowners—and the local lawmakers who represent them—have insisted that no, of course they have nothing against people of other races or income levels; they just want to maintain neighborhood character. And if new types of people and housing start to arrive, that character might change. Some concerns are legitimately aesthetic: Certain people don’t want an extra story on their neighbor’s house, even if it creates more affordable housing. But AFFH hasn’t changed zoning rules. So when Trump tweets that it’s “having a devastating impact on these once thriving Suburban areas,” he can only be referring to fact that suburbs have been forced to examine the ways they’re keeping poor and nonwhite people out. If that counts as devastating, it’s a kind of devastation that Biden—and many Americans—would presumably welcome.