A single-word tweet is all it took to get the rumour mill running.

Bryce Gibbs sent out a tweet reading “Baggers” after Carlton’s one-point win over Essendon on Saturday night and the footy world took notice.

Gibbs, who has fallen out of favour at the Crows, spent a decade at the Blues and was clearly thrilled to see some of his old friends get a win over the old enemy.

However, as to be expected, the tweet caused a reaction. Many people have discussed whether it was an appropriate tweet from a player currently on a list at another club, let alone a player who has been cast on the outside of that club and looks unlikely to play senior footy anytime soon.

Gibbs has fallen out of favour rapidly since his big-money move back home and there are now people wondering whether a return the Princes Park is on the cards.

At the end of 2019, Eddie Betts requested a trade back to Carlton after six seasons at the Crows and it warmed the hearts of Carlton fans no end.

That move set a precedent that Gibbs could possibly follow. There would be people at Carlton looking at the Gibbs situation and seeing the Betts deal and drawing obvious comparisons. 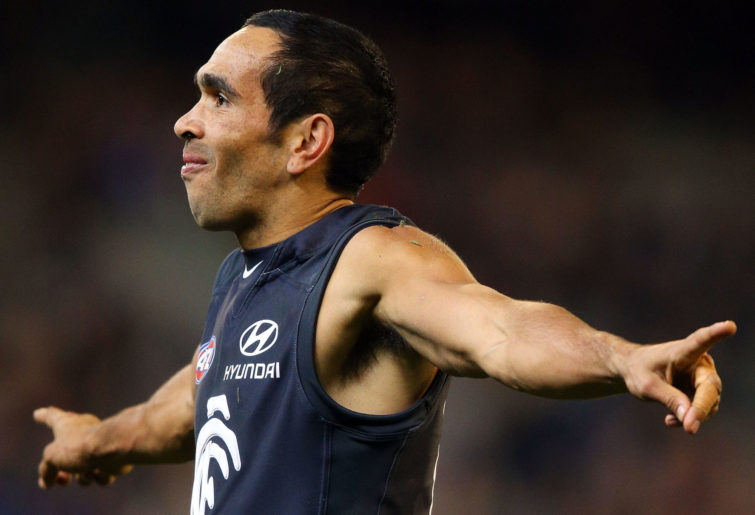 Adelaide have admitted they are rebuilding and have said they will release players who no longer wish to be at the club. Gibbs’ heavy pay packet makes him a hard sell but Adelaide have been partial to paying parts of players’ salaries (Josh Jenkins and Eddie Betts) in order to get them off the books.

But does Gibbs have a role to play at Carlton? Two weeks ago the answer to that was a hard no, but with two wins on the bounce over Geelong and Essendon, their may be a place for the South Australian after all. If Carlton’s rise continues, there’s no telling how far they can get in 2020.

If they can reach or get close to finals, there could be very valid thinking Gibbs could be the cherry on top of the cake the Crows believed they had back in 2017.

Gibbs still has the class to play at the level. In 2018 he was second for contested possessions and tackles while ranking first for clearances for the Crows. Gibbs finished fourth in the best and fairest and played every game.

He was then dropped four times in 2018 and floated to half back in a failed move to revive his Adelaide career. However new Adelaide coach Matthew Nicks has doubled down on the move, sighting Rory Laird and Brodie Smith as Gibbs’ opposition for a spot in the senior side.

However, it is clear that Gibbs’ best position is in the midfield.

Carlton have a series of developing midfielders in their ranks and may want to turn their focus to turning them into stars. Zac Fisher, Will Setterfield, Sam Petrevski-Seton, Paddy Dow, Lochie O’Brien and David Cunningham are a few of the names the Blues have invested heavily in.

Will bringing Gibbs into the club hold back their development? Is it worth paying a substantial salary to a player that may only be at the club for a short stint? These are all questions the Blues have to weigh up if they are to make a play for their former number one draft pick.

Gibbs is only 30 years old. He has all the tools to keep him playing good footy for the next few years. He isn’t blessed with speed so it means he won’t lose his legs. His foot skills are elite and they won’t disappear. He has a high footy IQ and that doesn’t go away ever.

So if he does move to Carlton, he could still play a crucial role. Class with ball in hand is something the Blues need desperately.

The biggest question surrounding this is what does Bryce Gibbs want to do? Gibbs moved back to South Australia in order to be closer to family, so would he be willing to move back to Victoria for the closing chapter of his career?

How important is playing senior footy to Gibbs? Because if he really wants to play at the highest level again, he may need to look elsewhere because the Crows seem set on moving forward without him.

It would be a wild move if Gibbs did request a return to Carlton, however as 2020 has shown us, anything is possible and nothing is certain. While nothing may happen and Gibbs may stay put, this is definitely a situation worth keeping an eye on.