“Darts is built on atmosphere,” says PDC’s Matt Porter. “It thrives on atmosphere, and it’s popular because of its atmosphere. But it’s still a world-class sport in its own right”

After weeks of negotiations, the PDC came to the difficult decision on Wednesday that they would not be holding the World Matchplay at its traditional home, the Winter Gardens in Blackpool.

They explored all avenues to welcome fans to the tournament safely, but the decision was made to move the Major to a behind-closed-doors venue in Milton Keynes.

“It was important for us to give it every chance. It could have been easy to say back in April or May that we were going to play the World Matchplay behind closed doors. But actually we got quite close,” PDC chief executive Matt Porter told Sky Sports.

“We had the full support of the venue in Blackpool, and Blackpool Council who were really keen to help up try and get it on.

“But in the end, it was just a bridge too far, and time just ran out on us.

“Unfortunately, because people need to make their plans for travelling up there, and players need to make preparations, we’ve made the decision that we’d be playing it behind closed doors.” 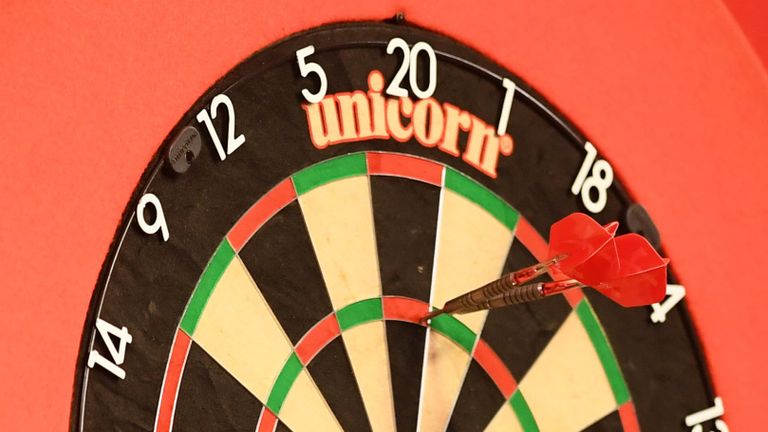 It was just a bridge too far, and time just ran out on us.

How different will it be without fans?

“It’s clearly not what anyone wanted,” noted Porter. “Darts is built on atmosphere. It thrives on atmosphere, and it’s popular because of its atmosphere.

“But it’s still a world-class sport in its own right, and the players will be up there playing to the best of their ability. And the way it comes across on the broadcast, as we’ve seen with behind-closed-doors football and other sports, things will be put in place to make it as watchable as possible for everyone at home.

“Players are actually more used – than people would imagine – to playing in quiet environments. Normally they are tour events, rather than the premier events, the ones everyone are used to watching on TV. But it is something they’re used to. So it won’t be that much of a shock for them, until they turn around to celebrate and realise there’s nobody there!

“They’ll be focused, and they’ll be delivering to the best of their ability. And it will still be a very watchable spectacle.”

Of course, precautions will need to be taken in light of the pandemic so the tournament can be held in a safe manner.

“We will have social distancing measures in place on stage,” he explained. “There’ll be two water tables. There’ll be appropriate distances between officials, and routes the players will have to walk back. But to be honest, those things are mostly in place anyway.

“There won’t be handshakes or physical contact. But apart from that, you won’t see too much different. Within a relatively small area, i.e. a darts stage, they do manage to keep apart from each other most of the time anyway.

“From a playing perspective, it won’t be any different for the players, other than the lack of atmosphere.”

The action gets underway July 18, with all games live on Sky Sports.

“It’s an event everyone can get into, watching at home,” said Porter. “The Sky coverage will be fantastic. It will be the best players in the world. And it can give people a little bit of a reminder of what’s to come back in the future. Next year, we will be back at Blackpool, the Winter Gardens for real.”