I have seen a lot of journalists, fans and experts release their NSW and Queensland Origin sides based on form and if the players were all fit, so I have decided to jump on that trend and show who I would pick if I was Brad Fittler.

My fullback would have to be James Tedesco, who has won back-to-back premierships with the Roosters. He won NSW Game 3 in 2019 with a try that sealed the series 2-1, and he did it again in the 2019 grand final. 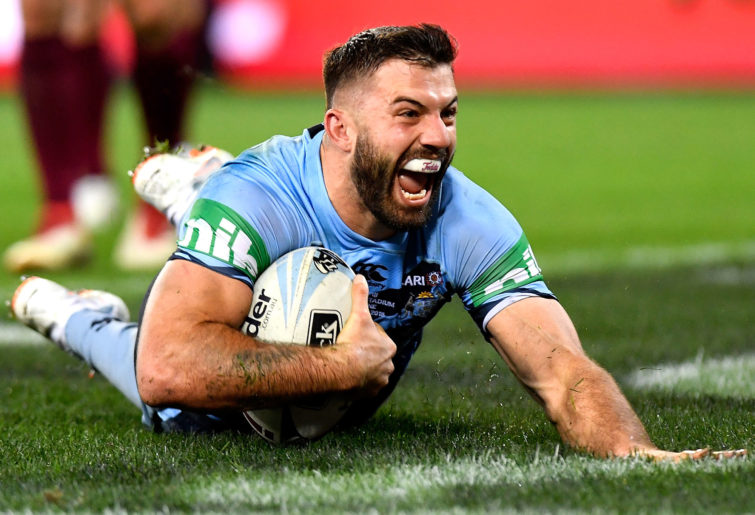 My wingers would be Josh Addo-Carr, who has always proved to be a great finisher with 66 tries in 91 games, and Blake Ferguson, who has also proved his ability to score tries and set up tries. All you have to do is check the 2019 Game 3 when he threw the winning pass to Tedesco.

My centres would be Josh Morris and Tom Trbojevic. Morris is a very good defensive centre but he also knows how to score tries and Tom Trbojevic is a tall, lanky fellow who scored a hat trick in Origin at Optus Stadium in Perth.

If Morris wasn’t to come back to Origin then Jack Wighton could fit into that centre position for the experienced centre.

My five-eighth would be Luke Keary, who has been banging on the door of Origin for a couple of years now. You only have to look at his 2018 grand final performance where he won the Clive Churchill Medal.

Nathan Cleary is the obvious choice for the halfback position even though Mitchell Pearce and Mitchell Moses have been playing extremely good footy. His performances so far in 2020 have been exceptional.

My props would be Junior Paulo, who currently leads the offloading list, and Daniel Saifiti. Both have been eating up the metres at their respective clubs, the Eels and the Knights.

My second-rowers would be Cameron Murray and Boyd Cordner. Their efforts in the last couple of years at club and Origin level, along with their performances this year, speak for themselves.

My dummy-half would be Damien Cook, whose speed and footy knowledge along with his defence makes him very dangerous for the opposition.

My lock would be Jake Trbojevic, whose defence and ball-playing ability has made him very dangerous in attack. He has linked with brother Tom Trbojevic on a couple of occasions this year.

My bench players would be Victor Radley, Payne Haas, Reagan Campbell-Gillard and Wade Graham, which speaks for itself.

A few players who just missed out would be Kotoni Staggs, Latrell Mitchell, Mitch Moses, Ryan Matterson and David Klemmer along with other players as well, who have been playing very good footy.