Ideas for articles come from the strangest places.

A song was played on the wireless, which was first released by Australian trio New World in 1972, but re-released by British band Smokie in 1976.

Roar authors have come up with all sorts of imaginative Test XIs and I thought it would be fun to see whether a team of Alans, or Allans, or Allens could be put together.

The end result is a surprisingly strong Test XI, made up of cricketers from England, Australia, South Africa and the West Indies.

Apologies to New Zealand readers, but I was able to find only one player who fitted the brief. Allen Lissette played two Tests for New Zealand as an orthodox left-arm spinner, averaging 1.00 with the bat and taking three wickets at 41.33.

Special mention has to go to Alan Jones (not the retired shock jock!). This Alan Jones holds two dubious records. He’s the batsman who has scored the most first-class runs without having played a Test match (36,049).

He is also the only player to have won a Test cap then had it taken away. He played in a game for England against the Rest of the World in 1970, which was originally called a Test but this status was later removed. He only played that one time for England.

His career was badly affected by WWII and injury, limiting his opportunities. He was considered an excellent captain who led by example. Three of the four centuries he scored were as the leader of the South African team in England in 1947. He would be vice-captain of this side.

2. Allan Rae – 15 Tests, 1016 runs at 46.18, four centuries
Rae opened the batting for the West Indies during his short career, which finished when he was only 30. He formed an excellent opening partnership with Jeff Stollmeyer and was a key part of the West Indies team that went to England in 1950 and took that series.

Not only did he score two centuries, the strong opening stands allowed batsmen like Clyde Walcott, Frank Worrell and Everton Weekes to play their natural games.

4. Allan Lamb – 79 Tests, 4656 runs at 36.09, 14 centuries
Lamb was a terrific player and willingly took on the might of the West Indies bowling when they had so many magnificent fast bowlers. Not a classical stroke-maker but a highly effective and aggressive batsman all the same.

5. Alan Kippax – 22 Tests, 1192 runs at 36.12, two centuries
Much has been written about his Test career, which should have started in 1926, but for a shock omission from the side to tour England. He still shares the record for the highest last-wicket partnership in first-class cricket of 307. Kippax scored 240 of these.

6. Allan Steel – 13 Tests, 600 runs at 35.29, two centuries, 29 wickets at 20.86, strike rate 46.8
AG Steel is not a name many Australian cricket fans would recognise, given his career coincided with the start of Test cricket, yet in England he was considered the second best player in the game, behind WG Grace.

He played in the first ever Test match, scored the first Test century at Lord’s and was the key batsman Australia had to dismiss on its way to the famous victory in 1882, which led to the creation of the Ashes.

Steel was the best batsman in world cricket in 1884 and 1885 and as his figures suggest, he was a canny bowler as well.

7. Alan Fairfax – ten Tests, 410 runs at 51.25, no centuries, 21 wickets at 30.71, strike rate 72.3
Fairfax was a genuine all-rounder who debuted in first-class cricket in the same year he played his first Test. He was a victim of his times, with his Test career cut short because he couldn’t find work in Australia, thanks to the Depression. He accepted a professional position in the Lancashire league in England and that’s where he remained.

Fairfax’s bowling figures are probably better than they look. The average and strike rates are not great, but he was economical, going at only 2.54 runs per over. In comparison, Nathan Lyon goes at 3.00 runs per over. 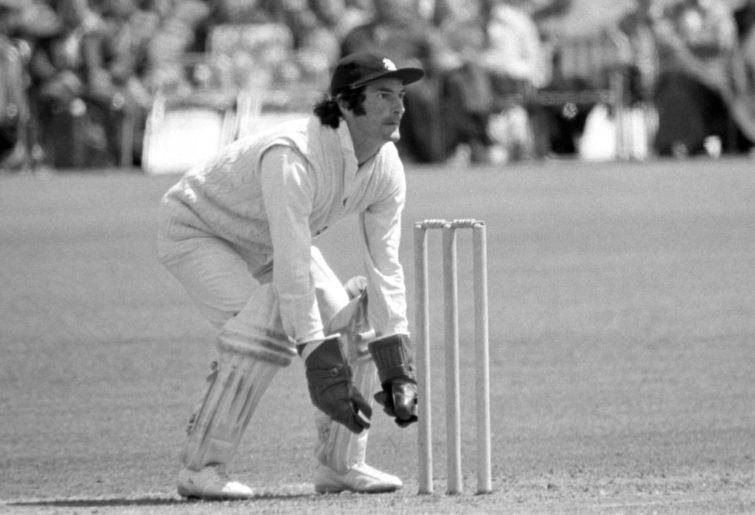 England had another fine Alan wicketkeeper who only played six Tests, but averaged 29.5 with the bat and completed 20 catches. Alan Smith’s main claim to fame is being the last amateur player to play for England.

9. Alan Davidson – 44 Tests, 1329 runs at 24.59, no centuries, 186 wickets at 20.53
That Davidson is listed at nine in this team shows what great batting strength the Alans/Allans/Allens have. Arguably Australia’s finest left-arm bowler and a man capable of moving the ball both ways at pace, he would probably be the first to admit he didn’t do justice to his batting talent at Test level.

Davidson is still going strong at 91 years of age.

10. Allen Hill – two Tests, 101 runs at 50.50, seven wickets at 18.57
Other than the previously mentioned Allen Lissette, the only issue with this line-up is a lack of a quality spinner. In order to bring some variety into the attack, I’ve chosen a player who had a round-arm action, which was considered “one of the best of its kind that can be recalled” according to Wisden.

11. Allan Donald – 72 Tests 330 wickets at 22.25, strike rate 47.0
The last but by no means least player in a very strong XI, Donald is another who will be very well known to the Australian cricket public. He would form a daunting new-ball attack with Davidson, especially if there was any movement through the air.

The final piece of the story of Alan is the man who would provide outstanding commentary as this XI went about its business. I refer to the incomparable Alan McGilvray. It’s a truism that “the game is not the same without (Alan) McGilvray”.