One of a team’s greatest strengths and one of its greatest challenges is that it is made up of a group of individuals.

All those individuals come from different backgrounds and have varied political beliefs.

However, for the Opals, Australia’s women’s basketball team, there are some topics that are too important to stay silent on.

This week, the Opals began a social media campaign urging the basketball community and the wider community to RISE UP in support of the ‘Black Lives Matter’ movement.

The campaign launched with a video featuring many of the Opals, including Leilani Mitchell, Kelsey Griffin and Katie Ebzery and encourages all of us to take action to eradicate racism, discrimination, and injustice for Aboriginal and Torres Strait Islander people and people of colour, through the Opals’ team values of respect, injustice, standards, equality, unity and peace.

Incredibly, this initiative has been led by the Opals themselves. When the squad started seeing what was happening around the world it prompted some messages among the team Whatsapp group questioning why the squad wasn’t doing more. This conversation was followed with an approach to Opals staff for some help.

“We wanted a clear message from us,” said Opals squad member Marianna Tolo.

“As representatives of the community and people that young players look up to we wanted to make sure that the black community, in particular, felt supported and felt like they had our support”.

The Opals are a team full of players from many cultural backgrounds, of different ages and from all parts of Australia. There are many Opals who also have their own personal causes which they champion. For example, Cayla George is passionately empowering the next generation of young women.

Tessa Lavey has participated in initiatives to raise awareness about the prevalence of domestic violence in Australia. Jenna O’Hea has received recognition from the AIS because of her work in raising awareness around mental health and suicide prevention.

But for the Opals, their support of ‘Black Lives Matter’ is not intended to take away from any of these important causes.

“Our squad realises that just because we say ‘Black Lives Matter’, it doesn’t mean that that is deterring away from any other cause. This is a cause we want to highlight at the moment because it is something that has been part of history and people here and overseas are still experiencing racism,” says Tolo.

“It is something that needs to change and we are doing our best as a group to send the messages that we want to in respect of this issue”.

“The more we talk about this, the more we educate people into understanding. We can support different causes but this is what we are trying to fight right now. You can’t fight 100 things at the same time.”

Even though the Opals are passionate about this issue and speaking up, it doesn’t mean that there isn’t plenty of learning still taking place within the squad. For Tolo, this has been one of the benefits of having more open conversations within the squad about this issue. Through sharing articles, videos and petitions, the squad has been open to listening and learning from each other.

“We have helped to try and educate each other,” says Tolo.

“All of us have been willing to learn because without doing that we can’t move forward, we can’t understand the problem and have that deeper awareness of what’s going on.” 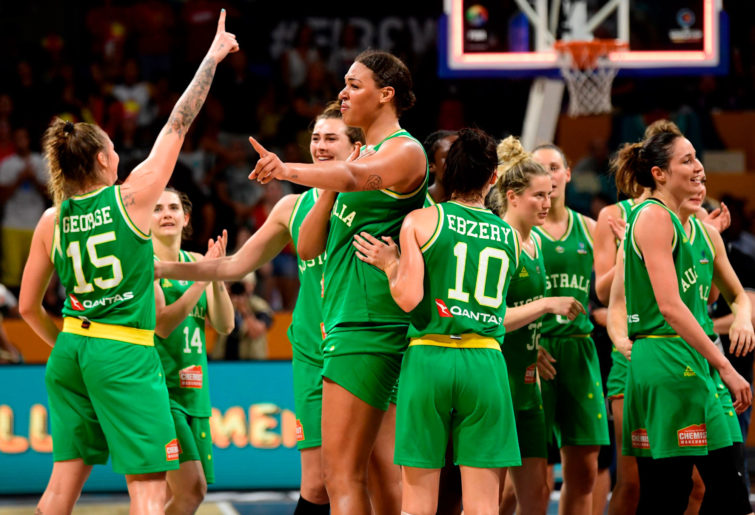 There are some that argue that sports and politics should not mix. This is a challenging argument given that humans are inherently political because of race, gender and sexuality. Additionally, for Tolo, given that the Opals and other sporting figures are people of prominence in the community, this brings with it a responsibility to stand up for messages of importance.

“It is important to use our voices for good things and positive messages,” says Tolo.

“When you have an opportunity like this you want to take it, use your voice for good, share stories, open up a conversation and getting people interacting on a topic.”

One of the challenges in talking about big topics like sexism, racism and homophobia is that sometimes people feel afraid to engage in these conversations for fear of making a mistake or saying the right thing. Tolo does offer some advice for people that feel that way.

“As a white person, I can’t understand the experience of an Indigenous person. But as uncomfortable as it may be, Indigenous people need to know and hear from us to know they have our support and aren’t doing it alone.”