Even great athletes will tell you about a day when their career almost didn’t happen: a time early when they considered quitting their sport, an injury that was almost more serious, an opportunity that nearly didn’t open up, a calamitous failure that might have spiraled. Great careers are fragile. We nearly miss them entirely.

Rivera took the mound in Chicago as a starter against the White Sox on July 4, 1995, called up to replace one of the New York Yankees‘ many injured starters. He had a 10.20 ERA in four career starts in the majors, all earlier in that 1995 season. He had struck out just nine batters in those four starts, walked eight and allowed four homers. But against a strong lineup on Independence Day, he threw eight shutout innings, striking out 11 batters and allowing only two hits. It was arguably the best start by any Yankees starter that year. By Bill James’ game score, it was the 37th-best start in the majors. In its twisted way, it put the rest of Rivera’s future — as a closer, as a Yankee — in jeopardy.

What happened that day? A highlight clip of 11 third strikes shows Rivera throwing easy gas past White Sox batters, especially up in the zone. Every strikeout came on a fastball, nine of them swinging.

But that’s just a quick glimpse at Rivera’s 129-pitch outing. The full story recorded from that game seems to be describing multiple, contradictory pitchers at the same time.

Pull out a little bit: A scout who had been at his previous start — a five-inning no-hitter in Triple-A one week earlier — said Rivera didn’t throw a single changeup, and “needs one.” A scout who was at the start he made 10 days after July 4 — an effective outing against the Twins — said Rivera “couldn’t throw anything but a fastball for a strike”; and the New York Daily News said after that start that “he has yet to show he can count on a changeup.”

Pull out further still: The Yankees’ general manager at the time, Gene Michael, would say years later that the young Rivera “had a hell of a changeup.” The Yankees’ manager at the time, Buck Showalter, would say years later that “everybody who had him, from rookie ball to Triple-A, had tried to work with his changeup.” The implication being that it needed a lot of work.

The same disputes arise over his slider. One explanation offered for that dominant July 4 outing was that, in the month since his previous, disastrous major league starts, he had added a slider with good depth, what The New York Times called “an improved slider.” The New York Daily News said he threw a “consistent slider,” and his catcher, Mike Stanley, said he had a slider “with depth and movement” that he was newly able to throw for strikes. The Hartford Courant said he threw only “an occasional” slider. Rivera, remembering that start later: “My breaking ball? It wasn’t good at all.” 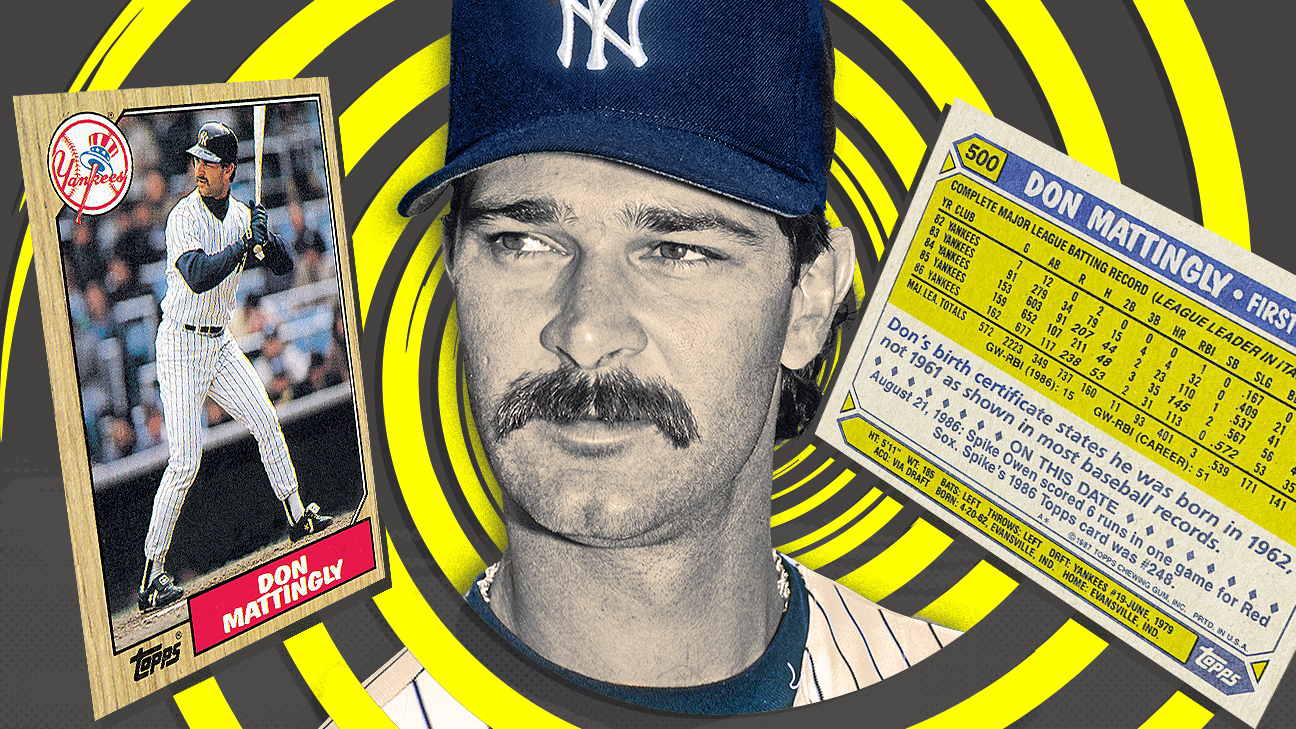 Indeed, Rivera told The Athletic’s Lindsey Adler this spring, he “threw a slider early in his career, but mostly abandoned it. Rivera’s not even sure he’d identify anything he threw at that time as a breaking ball, so to speak.”

He definitely had a great fastball that day, no denying it. The clips of White Sox batters whiffing on it — or taking it for strike three — look a lot like clips of hitters in later years whiffing or freezing on his famous cutter. Technically, Rivera wouldn’t develop his cutter for two more years, but the fastball clearly shares some DNA with that pitch: late movement, some hop and easy velocity between 91 and 94 mph.

But the White Sox took to blaming their struggles that day not on a dominant fastball but on a faulty scouting report. At least four Chicago hitters, then and later, have said they were given a scouting report of a pitcher who threw “85 or 86” mph, rarely came inside and had a good changeup.

In fairness, a month earlier that might have been true. Rivera was throwing in the high 80s during his first stint in the majors. He was also, apparently, hiding a muscle pull in his shoulder. When he got back to Triple-A, he admitted to the pain and went on the injured list. While he was sitting out, the Tigers and Yankees discussed a possible trade involving Rivera. Then he returned to the mound for a minor league start and, according to the legend, shocked everybody with his velocity — a velocity jump he later explained as a miracle. Yankees scouts had him at 95 to 96 mph in that minor league start. From “Chumps to Champs” by Bill Pennington:

Rivera had never consistently thrown that hard in any start. Michael doubted that Rivera had ever been clocked at more than 91 miles an hour. He called Columbus to verify that the report wasn’t a mistake and was assured that everyone in Columbus was as flabbergasted as Michael by Rivera’s newfound velocity.

So when he got called up for the July 4 start, he was a brand-new pitcher, the product of a miracle — according to the Yankees’ radar guns. The Orioles had a scout at the “miracle” game. He filed his report. In his report, Rivera was throwing “88-91.”

Taken together, the portrait we get is completely contradictory. Or else it’s an honest sketch of a pitcher who was in remarkable flux, of a pitcher who was still hard to figure out. On and around July 4, 1995, Mariano Rivera was apparently capable of throwing a great pitch, but not obviously capable of doing it twice in a row. It was easy for observers to look at him, his strengths and his flaws, and see almost anything. This might be because he was a unicorn, or it might just be because he was a young pitcher, still finding his way.

The reason it matters is that this was the moment Rivera’s career path was being decided for him.

Remember, the Yankees had been in touch with the Tigers about a trade — Rivera for David Wells — the previous month. They were desperate for starting pitching. Rivera was the emergency patch, and as soon as he made that start a big conversation began about how he might be the answer: He could be the starter they needed, or he could be packaged in a trade to get the starter they needed. More likely, it seemed, the latter.

The Yankees “will not surrender any of their top four prospects ([Derek] Jeter, Ruben Rivera, Andy Pettitte or Sterling Hitchcock) but probably could land [David] Cone for two lesser prospects,” Jon Heyman wrote at the time. “The Blue Jays like Mariano Rivera, though there are concerns about his shoulder.” A day later, a Blue Jays source denied a rumor that Toronto might trade Cone for Rivera and Gerald Williams — but only because the Blue Jays weren’t interested in Williams.

“In the span of two weeks, Mariano Rivera has become a wanted man,” the Daily News’ John Harper wrote:

Yesterday the Blue Jays and Expos had scouts at the Stadium to study Rivera in person, and what they saw was enough to put David Cone or Jeff Fassero in pinstripes. “He’s an interesting kid,” one of the scouts said afterward, and the way he said it was perhaps more revealing than anything. It was as if he didn’t want to say too much, in case others hadn’t noticed. But you didn’t need a radar gun on this day to be impressed by Rivera’s fastball. He registered 92-93 consistently, but more telling was the way the Twins were chasing fastballs up around their shoulders all afternoon. As Kirby Puckett said, “the kid’s got a great arm, man. That fastball’s got real good movement. He threw a couple right by me today.” In short, the Yankees can look at it as a stroke of good fortune that Rivera has raised his game just before the trading deadline, or they can draw the conclusion that this is the start of a big-time career. On such decisions are the careers of baseball executives made or broken.

In all, Rivera seems to have been at risk of being traded at least four times during a nine-month time period:

Meanwhile, he was also in danger of simply staying in the rotation. That 11-K shutout against the White Sox made that the default assumption:

“I think he’ll start Sunday,” Buck Showalter said of Rivera, with a sly smile. And, one gathers, he’ll start quite often after that, which is just fine with Rivera, who leaves no doubt he believes he’s a major league pitcher. “I know I can pitch here. No doubt,” he said.

He did start four more times. The next two starts were pretty good. The two after that were pretty bad, and just in time: The Yankees’ other starters got healthy. With September call-ups, Rivera stayed in the majors as a reliever, instead of going back to the Columbus rotation. He pitched out of the bullpen six times following his final start, and he wasn’t all that good, striking out only one batter while allowing three runs in six innings. His dominant relief career didn’t really begin until that year’s American League Division Series, when, by fluke and circumstance, he was called upon in the 12th inning of Game 2. He threw 3⅓ scoreless innings, struck out five, and was almost immediately recast as the Yankees’ future closer.

The next spring, he was in competition to make the rotation, but the Yankees’ signings of Kenny Rogers and Dwight Gooden crowded him out. When the starters struggled early in the year, the club fended off howls to put Rivera back in the rotation. Nobody could have imagined, under any circumstances, Rivera becoming the greatest reliever in history, twice as good in the regular season as any other reliever, twice as valuable in the postseason as any other player. If the Yankees had believed Rivera could become, say, a 15-WAR starter in his career — on the level of J.A. Happ or Jeremy Guthrie — it would have probably made sense to them to keep him in the rotation. Given his minor league record, that run of starts he had made in July, and that July 4 outing in particular, it was … it was right on the fence.

But Rivera was “laboring with back spasms.” Because of that, and because the Yankees needed good relievers, too, manager Joe Torre said he wasn’t considering moving Rivera back to the rotation.

Which World Series is the best ever? Sam Miller judges all 115 Fall Classics. Story »

The stakes of that game against the White Sox on July 4 turned out to be high. The Yankees won the AL wild card by a single game, which means Rivera’s eight shutout innings pitched the Yankees into the postseason — where he had his first starring moment out of the bullpen.

With hindsight, we see a pitcher nobody could really figure out pitching for a team whose needs were changing constantly. Rivera could have become almost anything, and almost anything could have happened to him.

For Rivera to have the particular career he did, he needed to be (a) a Yankee, in the postseason every year and (b) a closer, where his genius was revealed. That June 1995 velocity bump kept him on that path, by saving him from a trade to the Tigers, but it also nearly knocked him off the path, by inserting him into trade talks with the Blue Jays. That July 4 start nearly knocked him off, by establishing his bona fides as a rotation candidate, but it also kept him on, by putting him on the Yankees’ postseason roster, where his bullpen career really took off.

The path that took Rivera from fringe prospect to the first player ever inducted unanimously into the Hall of Fame was almost impossibly narrow. Rivera didn’t even realize at the time that he was walking on it.