It wasn’t the scoreline he was after, but it’s been a heartwarming return for out-of-luck Bulldogs star Marcelo Montoya who scored an impressive try to mark his long-awaited comeback in Cantebury’s 26-10 loss to the Rabbitohs.

Wayne Bennett’s men had the run of the play in a grinding clash at Bankwest Stadium on Sunday night to notch their first win playing away in 2020.

But it was Montoya’s 36th minute try that had Bulldogs fans elated after a rotten 353 day stint on the sidelines.

Montoya had been forced away from the game midway through last season after shattering his knee in an accident that doctors said resembled a car crash injury. 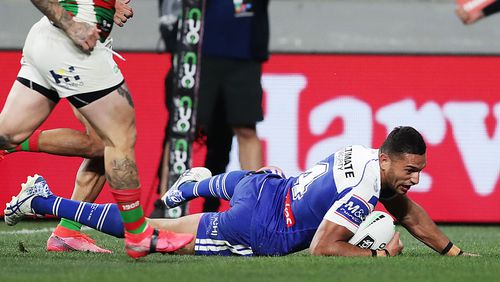 After a long stint in rehab, Montoya again injured himself in an attempted return and was forced back to the sidelines, only to be sent away from his family during the COVID-19 break due to his mother being an aged care worker.

Making his grand return on Sunday evening, a pin-point kick from teammate Brandon Wakeham was the perfect return gift needed.

Plucking the ball behind Souths’ line, he cruised across for a magic try shortly before half-time for the Bulldogs’ first against the Bunnies.

“It’s a terrific story of perseverance.” 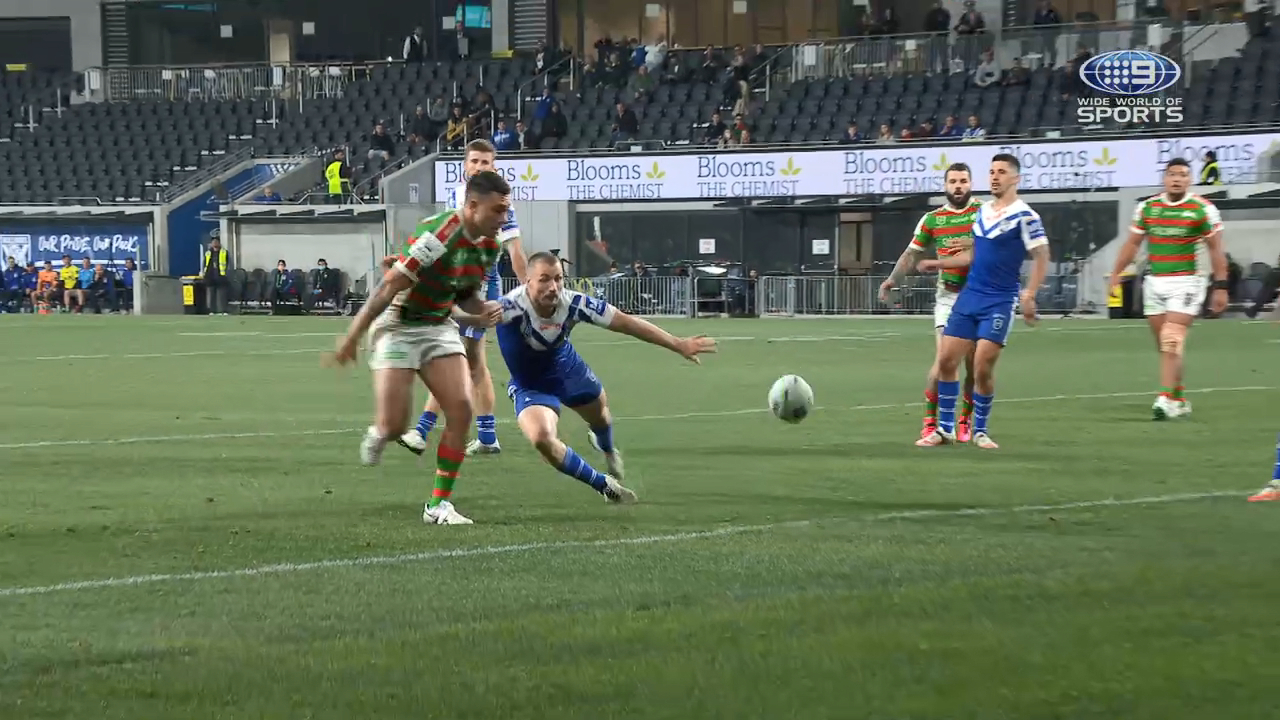 Earlier, Latrell Mitchell continued on his fullback journey playing in Alex Johnston for a stunning opener in the opening minutes.

Collecting the ball on Halfway, Mitchell flicked the ball on in a fraction of a second to Johnston who had acres of room ahead of him.

He tore down the line, put on a nice dummy to send his Dallin Watene-Zalezniak the wrong way, and skip across for the Bunnies’ first of the night.