I never thought I’d be nodding in agreement with a tweet by Campbell Brown, but 2020 has been full of surprises.

The former Hawthorn and Gold Coast player said Victoria “doesn’t deserve” to host the AFL grand final this year and that it should instead be hosted by the state “most helpful in saving the season”.

Never thought I’d say this but Victoria doesn’t deserve the @AFL Grand Final this year. Give it to the State that’s the most helpful in saving the season. They deserve it.

Now, I’ll qualify; I don’t believe Victoria doesn’t deserve to host the grand final, but the possibility of having 100,000 people at the decider in a state suffering the worst COVID outbreak by far is getting slimmer by the day.

The horrid nature of this virus – and 2020 – means the situation could be unrecognisable compared to now by the time the decider actually rolls around.

But, even if Victoria starts to recover tomorrow – which I sincerely hope for – it’s unlikely they’ll be in a position to fill the MCG this year. So, where can we take the grand final? Let’s look at the candidates.

‘The most helpful state’ – Queensland

Having the Gold Coast hub for South Australia and Western Australia’s teams has been an utter godsend. We simply wouldn’t have been able to get the season underway without Queensland’s help and it would be nice to reward them.

Metricon Stadium is obviously too small and should be ruled out, with The Gabba obviously the state’s better choice.

With a seating capacity of 41,794, it’s a lot smaller than the MCG, but about the same size as most American baseball venues. You don’t need six-digit crowds to get a good atmosphere – the World Series, among plenty of other events, is proof.

But there are two big problems with the Queensland plan. The first is The Gabba’s status as a cricket venue.

This will be a stumbling block for every venue, but the fact The Gabba is traditionally the venue of the first Test of the summer could be a bigger problem here.

The second is the Queensland heat. The average high for Brisbane in October is 27 degrees, a full three to four degrees higher than every other mainland state capital. That could be enough to see it beaten by somewhere else.

I can see the pros and cons to a Marvel Stadium grand final. Obviously, if the T20 World Cup goes ahead (which is unlikely) and rules the MCG out, it appears to be the ‘natural’ second choice.

But, given the MCG’s superior capacity has often been used as justification for the grand final’s permanent MCG residence (which, as a non-Victorian, I say is fair enough), hosting the decider at Marvel – when there are two bigger venues outside of Melbourne – would be downright insulting.

While there’s plenty of Vic bias in football media, I don’t believe it’s anywhere near as prevalent in AFL House as is claimed.

I can appreciate that the AFL’s ownership of Marvel Stadium is a compelling plus, but putting the decider in front of fewer live spectators just to keep it in the ‘home’ city is a bad look and one I can’t get behind.

‘But what about Optus Stadium?’ they ask from Perth. Its capacity can be expanded to a very Super Bowl-esque 70,000 and, being one of the newest venues in the country, would no doubt be a joy to attend for all those involved.

With WA also welcoming back full crowds to their venues soon, there’s a possibility they’ll be the only state prepared to fill their venue up. You’ve also got the added bonus of cricket potentially being shifted to the WACA Ground.

But, on the flip side of the coin, if they’re the only state with COVID under control, nobody will be able to travel to Perth and the conversation could be moot.

Another state promisingly close to having COVID under control is South Australia, another football heartland state with a shiny new venue befitting of big events. 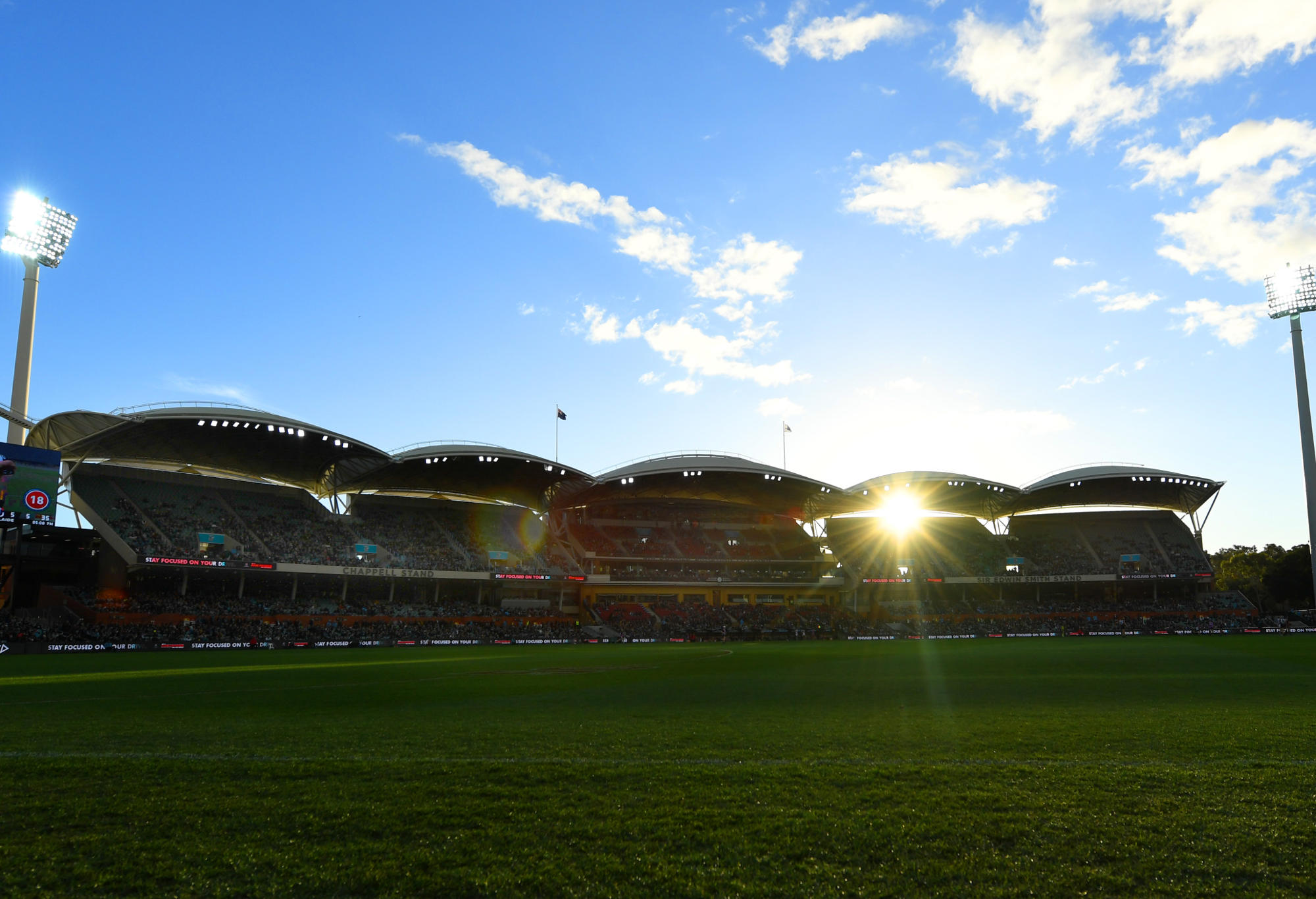 The new and improved Adelaide Oval is vastly more beautiful than Optus Stadium, but its max capacity of 53,583 is smaller than the MCG, Optus and Marvel and, like WA, has the double-edged sword problem in regards to COVID as well.

Still, on aesthetics alone, a grand final at the Adelaide Oval would be my choice if the MCG doesn’t work.

Now, however, it’s time to talk the most controversial but – in my view – the most logical solution.

The SCG is smaller still than most other venues suggested here, while Giants Stadium is obviously way too small.

But there’s a long-forgotten (in AFL circles) venue that, once upon a time, hosted the largest non-Victorian crowd for an AFL match ever. ANZ Stadium.

With the NSW Government’s ridiculous plans to renovate the venue scrapped, we’ve got an 81,000-seat (in oval configuration) venue that won’t have any cricket clashes just sitting there, waiting to be used. 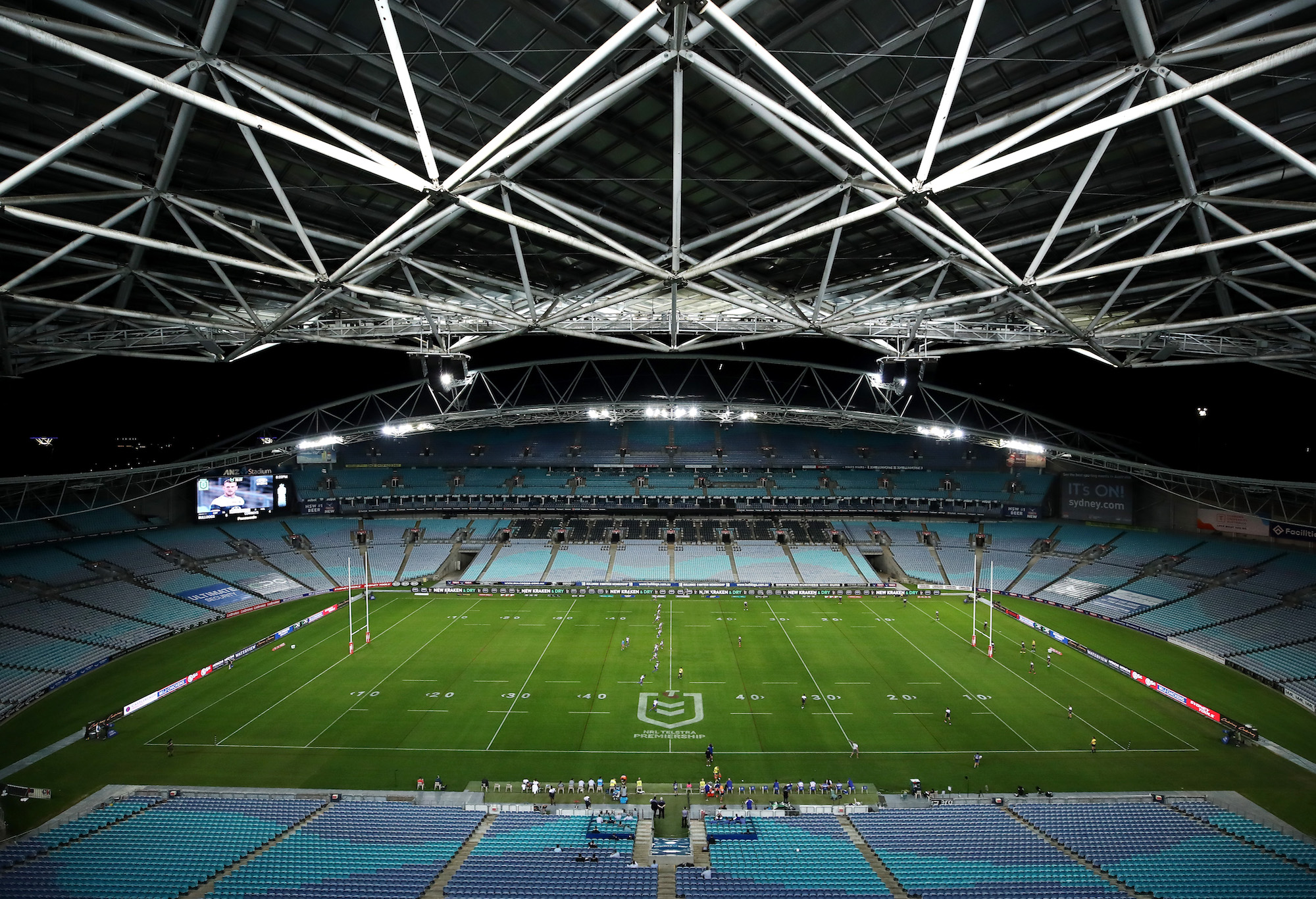 Could the AFL return to ANZ Stadium this year? (Cameron Spencer/Getty Images)

If you want to put the grand final in front of as many passionate fans as possible, that’s the way to do it. If the Giants do manage to reach the decider again this year, imagine the incredible boost for the game.

This is hardly the most analytical piece I’ve ever written, but I really didn’t feel like talking about Alastair Clarkson and holding the ball again, nor do I feel like telling people with newborn children whether they should or shouldn’t head interstate for a month.

Should the grand final be held at an empty MCG? Where would you want to see it played if not? Keen to hear your thoughts in the comments below.