Knights: “At the time it can be about a single goal but over time it’s about the friends, richness of experience and laughs that will keep you going for years to come”

Wasps Netball captain Hannah Knights has announced her retirement from netball, after being a part of all 15 Vitality Netball Superleague seasons.

The 2020 season, which was cut short by the coronavirus pandemic, was the defender’s fourth as captain of Wasps Netball and during her time at the franchise, she led them to back-to-back league titles.

Knights’ first taste of being a Superleague champion was back in 2014 with Surrey Storm. On top of her domestic honours, she also represented England at U21 level and has a silver medal from the World Youth Championships.

“Netball has been the best ride for the past 20+ years,” Reid said in a heartfelt post on social media.

“From winning National Schools to Superleague, from Lightning to Storm to Wasps and from Surrey to New Zealand (with a few trips to La Manga), netball has taken me everywhere and given me friends that will last a lifetime. 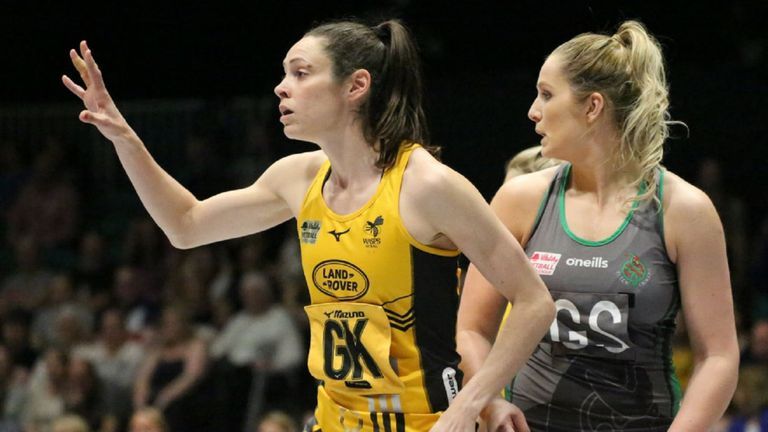 I’d like to thank the teachers that encouraged me to give netball a try, even if I wanted to be a ballerina, and the coaches who saw potential in me even if I didn’t see it in myself.

“Thank you to my family and friends, the fans, clubs, sponsors, volunteers, umpires and coaches who have supported me over the years,” she added.

“The biggest thanks, however, goes to my teammates who have inspired and pushed me to be the best I can be at this funny game we all love.”

Hannah, you have been superb. A true professional who questioned but never challenged, worked with but not against & got the very best out of our sport by giving everything. Your contribution speaks for itself & I wish you the very best of luck on your next adventure!!! #ThankYou https://t.co/uCGnUKrvpk

Wasps head coach Mel Mansfield added: “Hannah’s netball career has been quite incredible. She is an athlete that is fiercely respected with physical ability unlike any I’ve seen before.

“Her dedication to training and fitness has been unrivalled throughout her career, which is quite an incredible feat alongside a separate full-time demanding career.

“I have known Hannah for 12 years and she has grown into one of my dearest friends. Her career has been nothing short of amazing and will always be remembered in the sport.”