It was an ugly incident which happened in the dying moments of the contest.

Fonua-Blake approached the on-field referee, visibly irate, following the decision made by the video ref not to penalise Newcastle Knights player Bradman Best for pushing Tevita Funa as he was pursuing a grubber in an attacking position.

This penalty, if awarded, would have given the Sea Eagles the opportunity to send the game into golden point.

Graham Annesley has also since come out and said that, in his view, a penalty should have been awarded. It’s important to note though, that Annesley was sharing his view and also said that the line-ball nature of the call saw it come down to a “difference of opinion” during the weekend review conducted by the referees. 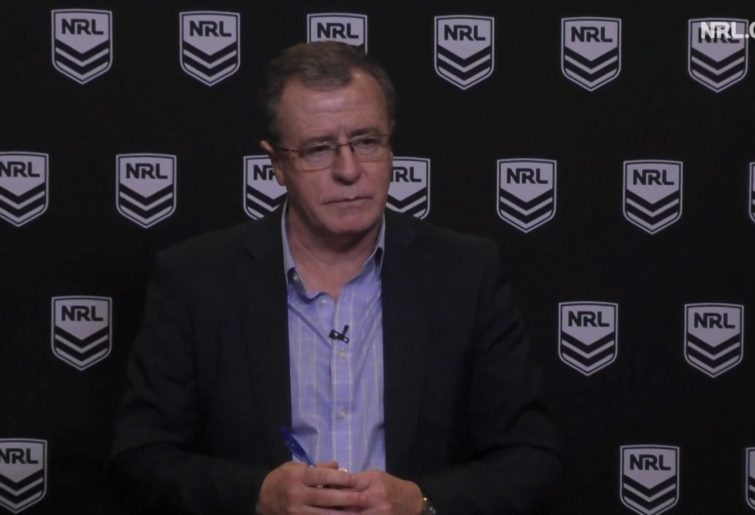 What Fonua-Blake said has been well reported and I don’t wish to repeat the language.

However, what hasn’t been as well reported, is that even after referee Atkins sent Fonua-Blake off, there was a second tirade of abuse in the tunnel involving additional language I don’t want to repeat.

After Fonua-Blake’s early guilty plea, there was plenty of discussion about the time he will spend off the field.

Some, including Ben Ikin and Paul Kent, have suggested that Fonua-Blake should spend much more time on the sidelines, citing the example of James Graham – who, in 2015, confronted a referee and pointed a finger in his face.

Graham was given four weeks and took the early plea to reduce that to three and in that scenario didn’t swear at the referee or use any inappropriate language.

While I certainly agree that Fonua-Blake should spend some time on the sidelines, I don’t think missing football games is the sort of ‘punishment’ that is needed, or that it addresses the whole issue.

Spending time on the sidelines sends a clear message that any dissent directed to the referee is inappropriate. An important message that needs to be sent.

But it doesn’t address the words Fonua-Blake used or the impact that these words can have.

The language Fonua-Blake used was deeply hurtful, particularly to those in our community that have a disability or for people who have someone in their family with a disability.

While time on the sidelines addresses the dissent, there is an opportunity here to do more and provide Fonua-Blake with some education.

We saw a good example of this in rugby back in 2015, when New South Wales Waratahs player Jacques Potgieter visited the Sydney Convicts – Australia’s first gay rugby club – after he made a homophobic slur during a game.

Not only did this give Potgieter the opportunity to apologise in person to some members of the community impacted by what he said, but it also gave him the chance to listen, learn and educate himself on the impact of his words.

There is an opportunity for Fonua-Blake to do the same.

There is a proud history of inclusivity in rugby league, particularly in Australia. The message is clear; no matter your ability, size, shape, gender, sexuality or race, there is a place for you in the rugby league family.

But this is much broader than just Australia. Next year, the 2021 Wheelchair Rugby League World Cup will be held. It will be the first time this competition has taken place concurrently with the men’s and women’s tournaments.

Closer to home, the Wheelchair State of Origin is a tightly fought battle, contested every year.

Perhaps Fonua-Blake could attend the fixture this year. It would give him an opportunity to meet some fellow athletes, watch an exciting game of footy and educate himself on some of the challenges that people with a disability face in our society – and, unfortunately, some of the stigma that still exists associated with disability.

While what Fonua-Blake did on the field was a negative, there is an opportunity here for him to make a change. Education is extremely powerful.

There is an opportunity for Addin Fonua-Blake here and I hope he and the Manly Sea Eagles take the opportunity.