D-Day is fast approaching for coach Paul McGregor – it’s this Sunday night, at Netstrada Jubilee Stadium, when his Dragons take on the depleted Manly Sea Eagles.

For the Dragons, coming off two consecutive losses, surely a third loss would not only end any hope of finals footy but also turn the screws even tighter on McGregor.

Manly are without their best player, Tom Trbojevic, and a host of other regular first-graders including the suspended Addin Fonua-Blake. The Sea Eagles will also be desperate, coming off two consecutive losses themselves, seeing them drop out of the eight.

Assuming St George Illawarra turn up to play, it should be a cracker. The Red V have a good record against Manly, with 19 wins from 29 matches, and returning home to Kogarah is a huge advantage.

McGregor has further tinkered with his side, naming Ben Hunt to start at hooker and Cameron McInnes at lock. This now dispenses any auspices about the club’s opinion of Hunt.

Hunt’s acquisition is a failure and he is now seen exclusively as a dummy half. With a further three years to run on his mega-deal, the long-term impact of this remains unknown. It seems unlikely that the Dragons will stick with $1.2 million a season player at hooker for the next 3.5 seasons? But, for the time being, these concerns have been pushed aside. 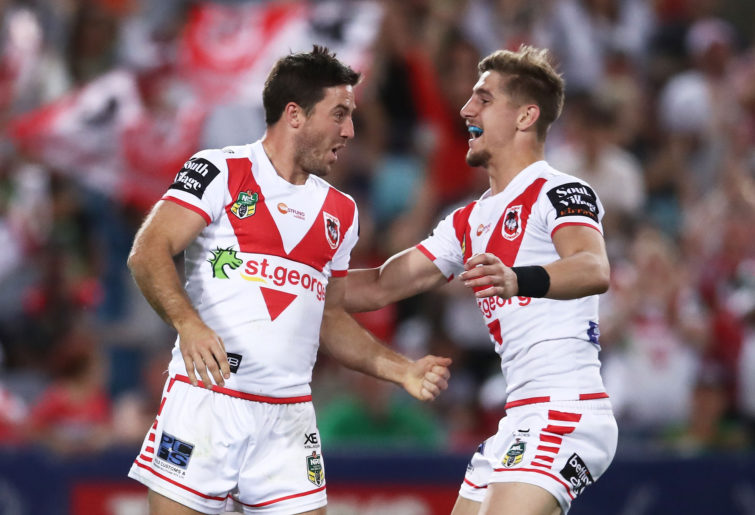 Should the Dragons go down in a match when so many factors are in their favour, it must surely call an end to the McGregor coaching era. Even if ‘Mary’ sees out the 2020 season, it’ll be this game that proves to be the turning point, when everything was on the line and he came up short.

On the other hand, should St George Illawarra win – and with winnable matches against Canterbury and Cronulla to follow – McGregor’s stock might just go up.

Absolutely everything is on the line!

McGregor’s D-Day isn’t the 6th of June in France. It’s the 12th of July at Kogarah.