Edmund: “We’ve won the league after a lot of people reminding us how long we haven’t had it which is fair enough but at least we’ve got it now”

Edmund, who became only the sixth British man to play in a major singles semi-final in the Open era when he reached the last four of the Australian Open in 2018, has waited is whole life for the day his boyhood heroes became Premier League champions for the first time in their history.

Manchester City’s defeat at Chelsea handed the Reds their first top-flight title in 30 years. Edmund was not born the last time Liverpool, under manager Kenny Dalglish, collected top honours back in 1990. 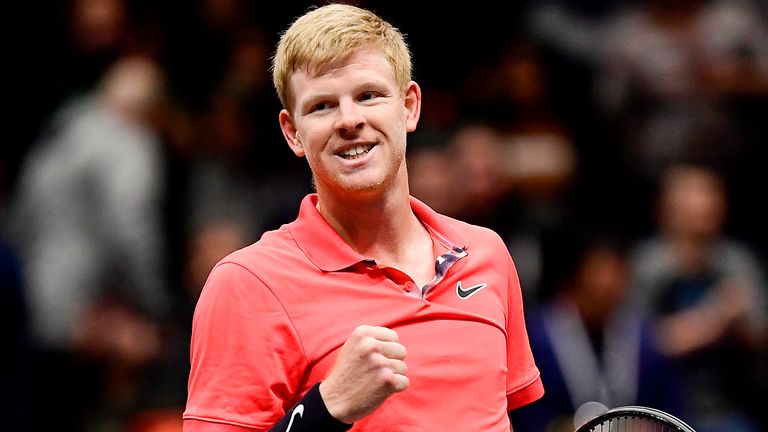 I even contemplated going up to Anfield in my car and joining in with the celebrations but I had to play in the Battle of the Brits the next day so I was like ‘I don’t think this is a good idea’.

But the British No 2 said it was such a huge relief when Klopp’s men finally ended their long wait for title glory he even contemplated driving up to Merseyside to join in with the celebrations.

“When it happened, one side of me was like ‘wow, we’ve done it’ but then I was thinking it’s not that surprising because we were kind of going to do it with that lead,” 25-year-old Edmund told Sky Sports News’ Ian Bolton.

“We had to sit and wait with that lead all through lockdown, but the way it’s turned out is just how it is with no fans watching and another team winning. The dream was always like doing it by winning at Anfield with the fans, but I think in the circumstances I don’t think anyone really cares.

“We’ve won the league after a lot of people reminding us how long we haven’t had it which is fair enough but at least we’ve got it now.

“I was watching the game and texting a few mates and then when Chelsea scored that penalty I was like, ‘surely that’s it now’ and then the videos start to come out on social media with the Liverpool players and all the Liverpool fans. I even contemplated going up to Anfield in my car and joining in with the celebrations but I had to play in the Battle of the Brits the next day so I was like, ‘I don’t think this is a good idea’.

“I guess the players have the remainder of the season to enjoy it now.”

Edmund remains confident about the future of the club because of the standards Klopp has set. The world No 44 believes the German will not allow any of his players to relax.

“I honestly think the way they’re playing it’s not like they’ve just scraped the title. The way they’ve been playing the last few seasons, there’s no reason why they can’t keep going and they’ve proven that they have consistency, so I think it’s a massive opportunity to have more good seasons,” Edmund said.

“The morals and the standards that Klopp has set, I don’t think anyone will be relaxed or go through the motions next season knowing they’ve already won it. That squad is a proper squad that win a lot of football matches.” His IQ of football was so high you don’t have to explain too much.

Edmund also recalled the day he went to watch Liverpool in training. The Briton said he was like a kid in a candy shop and he will never forget when Klopp spoke to him about Roberto Firmino’s footballing brain.

He said: “I remember it was in between the first and second leg of the Barcelona tie. I think they were playing Bournemouth at home that weekend and I got to go up there. Because of the way Melwood training ground is set up with all the houses surrounding it, there isn’t much privacy so they put that green screen around the training pitches.

“There were strictly no cameras allowed. There were only players and coaches, and amazingly Klopp asked me if I wanted to watch the session.

“He even came up to me during the session and started talking a little bit about tennis and football. I was like a little kid that day, I couldn’t believe the access I was getting.

“We were talking about different players and he was talking about Firmino, whose English is not amazing but it’s OK. They have a few Portuguese speaking players so you could explain a drill and sometimes you might have to translate it, but he said with Firmino you don’t have to explain it. You just do the drill and he picks it up like that. He was basically saying his football IQ was so high you don’t have to explain too much. To hear that from Klopp was pretty cool.”