Watch Brighton vs Liverpool live on Sky Sports Premier League & Main Event on Wednesday from 8pm; Kick-off is at 8.15pm

Adam Lallana is unlikely to play another game for Liverpool with manager Jurgen Klopp reluctant to put the soon-to-be out-of-contract midfielder at risk of injury.

The 32-year-old signed a short-term deal to keep him at Anfield until the end of this extended campaign but will depart after that.

While Lallana is available to play should he be needed, Klopp respects the player enough to not jeopardise his next move.

“It is clear Adam will leave the club in the summer,” said the Liverpool boss.

“But now we have a difficult situation, but I will respect Adam a lot. And everything with Adam is sorted, let me say it like this.

“He is so fit, he is training, everything is fine. But yes, the future is his future, and if we need his help on the pitch we can get it. He is there.

“He trains 100 per cent but as long as we don’t need it, he will just train. That is the normal thing.

“I think there were a lot of discussions about players without contracts, with him there was not even a discussion. 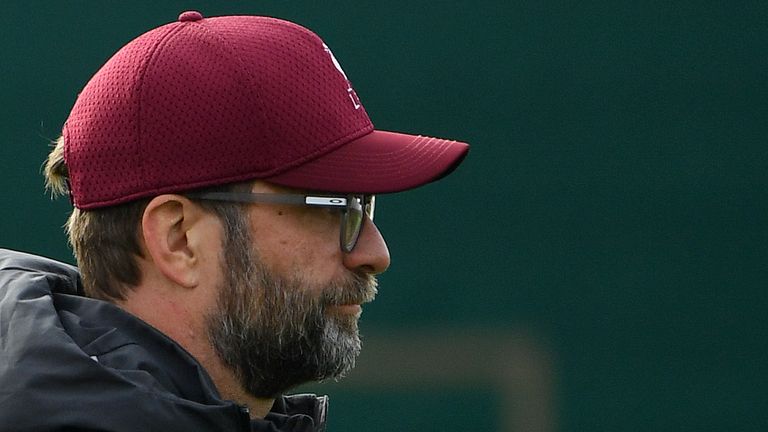 He is one of the most influential players on the training quality I have ever had in my life. He is an incredible professional.

“It was clear Adam would extend his contract and he wants to do that as well, but he will not put any risk on his future or whatever. That is absolutely clear.

“For now, if you ask me about it, I miss already everything about him. He is one of the most influential players on the training quality I have ever had in my life. He is an incredible professional.

“So he is one of the most important players of the time since I am here so I wish him only the best for the future.

“From my point of view he is already a legend here, so he can become a legend somewhere else from next season on.”

Klopp: A team full of Scousers… why not?

Jurgen Klopp is hopeful Liverpool will be able to field “a team full of Scousers” within the next decade after seeing Trent Alexander-Arnold and Curtis Jones graduate from the academy.

Jones, 19, committed his long-term future to his boyhood club by a signing a new deal on Saturday, before scoring his first Premier League goal the following day in a 2-0 win over Aston Villa.

Klopp believes there is enough local talent to eventually fill a full senior team and says he will continue to give opportunities to younger players from all backgrounds.

“Here we will always try to use them as often as possible because the dream is to have all boys [in a team],” said Klopp at his pre-match press conference ahead of Wednesday’s trip to Brighton, live on Sky Sports.

“It will not happen in the next five years but maybe 10 years, it would be great to have a team full of Scousers, why not?”