In recent years the NBA has become accustomed to having brothers in the league.

There’s Brook and Robin Lopez, Steph and Seth Curry and Giannis, Thanasis and Kostas Antetokounmpo as well as many others.

Now, as predicted by their infamous father LaVar Ball, the Ball brothers will play together in the NBA.

With Lonzo Ball averaging 12.4 points and seven assists per game with the Pelicans and LaMelo Ball being a top-three pick in the 2020 draft, it is extremely likely that one of LaVar’s most talked-about predictions will come true. Almost.

There’s a third and middle Ball brother who, just like his brothers, in high school was expected to play in the NBA. This begs the questions: what happened to LiAngelo ‘Gelo’ Ball and where is he now?

To understand the full picture, here’s a timeline of the rise and fall of LiAngelo Ball. 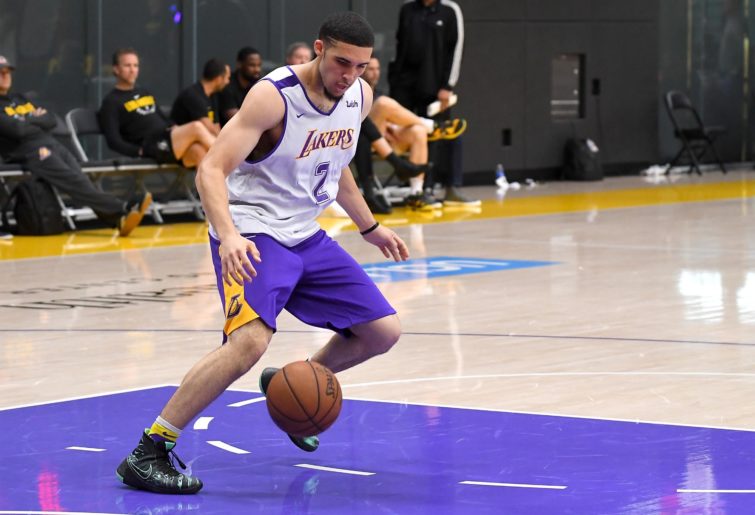 Between 2014 and 2017 the brothers were dominating high school basketball around America while playing for Chino Hills. Gelo in particular was one of the best and most prolific three-point shooters of his class, earning him over 30-plus points a game and an All American First Team honourable mention in his final year of school.

It was also during this time that LaVar Ball founded their basketball clothing and apparel brand ‘Big Baller Brand’ and agreed to star in a Facebook Watch reality show called Ball in the Family.

By the end of his senior season Gelo was a three-star recruit on ESPN, Rivals and 247Sports.

In 2016 UCLA made a deal with the Ball family that all three brothers after graduation would go on to play for their Division 1 NCAA basketball team. Om June 2017 Gelo duly enrolled at UCLA and began training with the team.

But while on a preseason tour with the team in China he was caught shoplifting with two of his teammates. This resulted in him being suspended from the team and later leaving UCLA altogether. Instead Gelo and LaMelo, who had just dropped out of high school, signed for Prenei for their upcoming 2018 season in the Lithuanian basketball league. While at Prenei Gelo averaged 12.6 points per game and 41.5 per cent from three-point-attempts.

After the season LiAngelo Ball declared for the 2018 NBA Draft and was left undrafted and without even a G League or Summer League contract.

Gelo went on to play for the Los Angeles Ballers in LaVar’s newly formed Junior Basketball Association. Gelo ended up winning the JBA championship, having a lot of individual success on the way, such as finals MVP and all-star MVP. He averaged over 50 points per game.

However, this success didn’t come as a surprise, as the league was far below NCAA Division 1 level and was basically designed by LaVar Ball for LaMelo and Gelo to have a platform to show their skills. Unfortunately in early 2019 while on a JBA USA team world tour Gelo injured his ankle and was ruled out for the rest of the season.

So that brings us to 2020. On 9 March Gelo was signed by the G League team the Oklahoma City Blue for the remainder of the season via waiver claim. However, during the game in which he was expected to make his G League debut he was instead benched for the entirety of all four quarters. Since that game the G League has been suspended due to COVID-19, with the Blue still to play eight games.

As he didn’t play even a minute in his first game, it has been speculated that the only reason he was contracted in the first place was to bring publicity and attention to the lower-league team.

When he was injured in 2019 he missed out of the NBA Summer League, and when asked about the topic he stated: “They said three teams are looking for me for Summer League. Stuff is starting to fall into place, and it feels good”.

This indicates there are NBA organisations noticing his talent and, by the sounds of it, there’s a high chance he will appear in the upcoming NBA Summer League.

Although LiAngelo Ball’s future playing in the NBA looks unlikely, there’s a chance that all three Ball brothers will appear in the next NBA Summer League. Gelo is a top-quality player in his own right, but it’s hard to stick out when your brothers are both at an NBA standard of play, skill and overall basketball IQ.

If Gelo remains minute-less in the G League by the end of the season, I think I speak for the whole country when saying that we would love to have another Ball brother back playing in the Australian NBL.