Having gone through the familiar faces yesterday, these are the coaches waiting for their maiden NRL opportunity.

While this man is a familiar face to those English Super League fans, Wane knows what he is doing and is itching for a gig at NRL level, currently linked to the Warriors and having been in the running for the Knights’ role.

Wane should be high on coaching shortlists.

He began as a scout at Wigan, then Michael Maguire’s assistant, then he brought three Super League titles – one which was a double with a Challenge Cup win.

Wigan are a powerhouse and while we can argue that this was critical in the Englishman’s success, Wane knows how to maintain success and what it looks like.

His level of detail and man management is second to none, evidenced by outgoing Wigan player Morgan Escare paragraphing a tribute to Wane when he announced his exit on social media, as well as Zak Hardaker on his podcast with current Wigan half and former NRL player Jackson Hastings.

Thank you @WiganWarriorsRL the memories will last forever ????⚪️ pic.twitter.com/fSwIKZFIYQ

Fitzy is no stranger to a possible NRL coaching role, with links to the Knights and the Titans last year. But he has remained loyal to Trent Robinson at the Sydney Roosters and will remain at the club until the end of 2021, so it is almost certain that we won’t see him take any immediately available positions.

What makes Fitzgibbon such an appealing prospect is that Robinson delegates defensive coaching to him. He is the highest-paid assistant coach in the game, and for good reason. He has been the brains behind the defence that has won the Tricolours their last two premierships, and if defence is a premiership winner (as they say it is), then this furthers the case for the NSW Origin great’s capability.

While he is being remarkably loyal to the Bondi club, for now, other sides must keep him in the back of their minds.

An unprecedented option if a club were willing to take on co-coaches, Ben and Shane Walker have previously been linked to the Gold Coast, narrowly missing out for a second time when the Titans chose Justin Holbrook last year.

While only Shane is currently coaching, retaining his role with Ipswich as one half of the co-coaching duo that brought the Jets the 2015 premiership and numerous Queensland Cup finals appearances, Ben has said that if an NRL opportunity presents itself, he will return to coaching.

With strong links to Wayne Bennett, who coached their father Gary, the Walker brothers’ philosophy mirrors Bennett, who is revered as a players’ coach who always looks after his men. Many players who have played under the Walkers will happily tell you that they made them better footballers, men, husbands, sons, partners and fathers.

What is intriguing about the two and furthers a case about leadership and success is they both own successful businesses, they understand what getting the best out of a group is about and what’s required.

In the media, it is positive talk about their group. They are polite, calm and well spoken.

Without fear of innovation, their tactics have been described as entertaining by former Jet, now Panther, Kurt Capewell.

While they would be a punt, there would be ideas crazy than to give the Walker brothers an opportunity.

A former teacher, Woolf’s work with Mate Ma’a Tonga has been revered. At the Townsville Blackhawks, where he was the inaugural coach, taking the club to a minor premiership, he had a 64 per cent winning record over three seasons.

A man manager is a pre-requisite for making a fantastic coach in this generation and Woolf’s management is celebrated. With Tonga, he was in charge of motivating, developing bonds and getting a mix of players to believe in his message, including some of the game’s biggest personalities and characters such as Jason Taumalolo, Konrad Hurrell, Mahe Fonua and Andrew Fifita. But also the calm, cool and collected personalities such as Will Hopoate and Daniel Tupou.

With one drama-filled season at the Knights, which saw him take charge of a Newcastle side that had just seen coach Nathan Brown leave his position, Woolf has had a taste of coaching in the NRL.

However, it is just a matter of when. Only six games into his coaching career with the Merseyside club, there hasn’t been any reports of an NRL clause in Woolf’s contract.

If you believe all you read in the media, then Walters at the Broncos has been written in the stars. The Queensland mentor has been long linked to the role at Brisbane, narrowly missing out to Anthony Seibold, where he previously served as an assistant under Wayne Bennett.

Walters has been in the coaches’ seat before, with a stint at the Catalans Dragons in 2009-10 lasting 57 games, however only winning 21. Many may also be sceptical due to the Maroons’ lack of success in recent years.

However, it hasn’t prevented Kevvy’s name from being in the mix for coaching and rugby league is a funny, game so we may well see Walters get his chance. 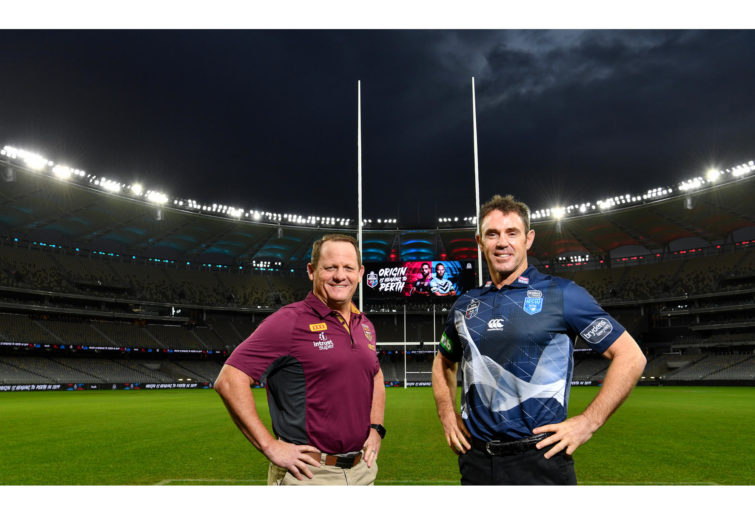 Ryles has long been tipped to succeed the great Craig Bellamy in Melbourne. He has had plenty of time in a system as successful as the Storm, which has been somewhat of a coaching production line.

While he has a role at the end of the year with England rugby on the cards, it wouldn’t be out of the question to see Ryles in the frame for an NRL coaching position in the future.

Speaking of the Roses, one man who has been linked to particularly the Bulldogs and Sharks jobs is Eddie Jones.

While it is doubtful that the NRL would have the pay packet or sponsorship connections to Japan to be appealing to Jones, the link sparked the imagination of league and union fans.

Known as a hard taskmaster, workaholic and no-nonsense character, he will make any NRL side he takes charge of one of the fittest, strongest and hardened teams in the comp.

He’s known for inventive, creative training methods, such as getting reserve players to dress as opponents for big games – think scrumhalf Genki Okoshi wearing a blonde wig and mimicing the style of Springbok Faf de Klerk to prepare for England’s game against South Africa.

Jones has an intimate knowledge of rugby league and this could be a selling point.

While it may be merely a dream, any team Jones takes charge of will receive lots of attention.