Joseph Parker has been planning a homecoming fight this summer

By Richard Damerell and James Dielhenn

Joseph Parker is locked in heated negotiations for a fight against New Zealand rival Junior Fa that threatens to stall plans for his return to the ring.

The former WBO heavyweight champion had hoped to resume his career in August or September, but a proposed grudge fight against Fa, his former amateur foe, has hit a stumbling block due to a fiery dispute over finances.

Parker’s manager David Higgins has suggested that Fa backed away from a summer showdown after he recently tabled an offer.

“The only bigger purse has been when Parker fought Andy Ruiz Jr and won the world title. Junior Fa was offered the second biggest purse ever to fight the guy he had been calling out for two years. We can’t get a response.

“The only explanation is Junior Fa is using Joseph Parker to build his name and then he’s offered $500,000, enough to buy a house, and he runs.”

Fa’s promoter Lou DiBella insists the offer was unsuitable for such a high-profile fight in New Zealand and will hold further talks with the unbeaten 30-year-old to discuss his next career move.

In a response to Higgins’ comments, DiBella told Sky Sports: “That’s simply not true. I don’t believe in negotiating through the press, that’s not how it’s done when you really want to make a fight.

“The guaranteed money in the offer was $200,000 US. I found the offer, guarantee and upside, to be totally unacceptable for one of the biggest fights in New Zealand boxing history. I didn’t accept it. I will be discussing it further with Junior’s team shortly. 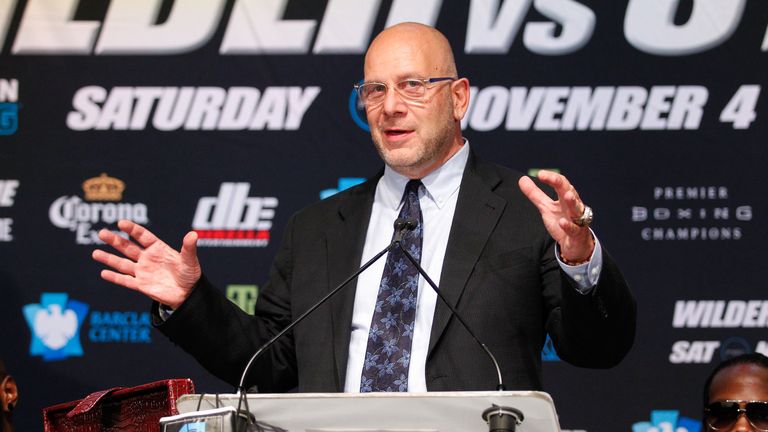 They can’t assert how big the fight is and act like Junior is an insignificant participant.

“Under Higgins’ offer, the fight would need to do huge business for the Fa side to see $500,000 NZ between us. They can’t assert how big the fight is and act like Junior is an insignificant participant.”

Higgins hopes to finalise a plan with promoter Eddie Hearn to stage Parker’s fight on home soil, but has questioned whether Fa is willing to thrash out terms.

“I like Lou DiBella, he’s one of the good guys, but he’s channelling his President Trump with this revision of history.

“Here are the facts. Junior Fa, who has fought no-one, has been calling Joseph Parker’s name through the media for two years to build his name in New Zealand. The Parker-Fa fight has meaning in New Zealand, but not really outside. If DiBella thinks otherwise, I invite him to put an offer on the table for international television rights. He won’t.

“It’s a bad look if they don’t take the fight, so that’s why they don’t like it in the media. Long story short, if they believe Junior Fa would win the fight, they wouldn’t have a problem.

“Joseph Parker is the A-side, he should be paid triple Junior Fa, but he is willing to fight Junior Fa for the same money. They are running scared is what’s going on.”