It will be the first time since 1952 that nobody’s playing a game at their own home ground, so what havoc that will wreak on our tipping this week gives me the shivers.

We’ve got the Cats hosting the Lions at the SCG, the Eagles tackling the Crows at the Gabba, while the North Melbourne derby between the Bombers and Kangaroos is now the North Australia derby on the Gold Coast.

As someone who loves venue performance and streak stats, this is truly devastating.

Devastating too was my score if six last week, which was worse than both the seven Marnie and AdelaideDocker managed and the eight scored by the Crowd. That brings Docker and myself into a 25-all tie in first, with Marnie just behind.

I was worried about the Lions coming into the season restart, but they’ve warmed up nicely over the last month and look to have hit their stride. Playing at the Gabba every week certainly helped, but that hasn’t been an asterisk for certain other clubs in the past.

The going gets a lot tougher against Geelong at the SCG, although the ground has very similar dimensions to the Gabba so, without a crowd, it shouldn’t be too difficult an adjustment. Last year’s meeting was the game of the year, so hopefully we get a repeat. I’ll tip the ‘visitors’.

Collingwood have been bitterly disappointing over the last fortnight and looked well below their best without Steele Sidebottom and Jeremy Howe against Essendon. The Hawks looked horrid against the Giants on Sunday, but bounced back smartly last time they were embarrassed and I’ll back them to do the same here.

Fremantle are a much bigger chance against St Kilda then they’ll get credit for on Saturday – the Saints are woeful interstate travelers – but the injury list is a concern and I can’t see them getting the job done without Nat Fyfe.

West Coast fans will be hoping last week’s win over Sydney will be the fire-starter for a revival, and they’ve got a golden opportunity to build up some confidence over the hapless Crows. Anything less than a five-goal win is a loss for the Eagles. 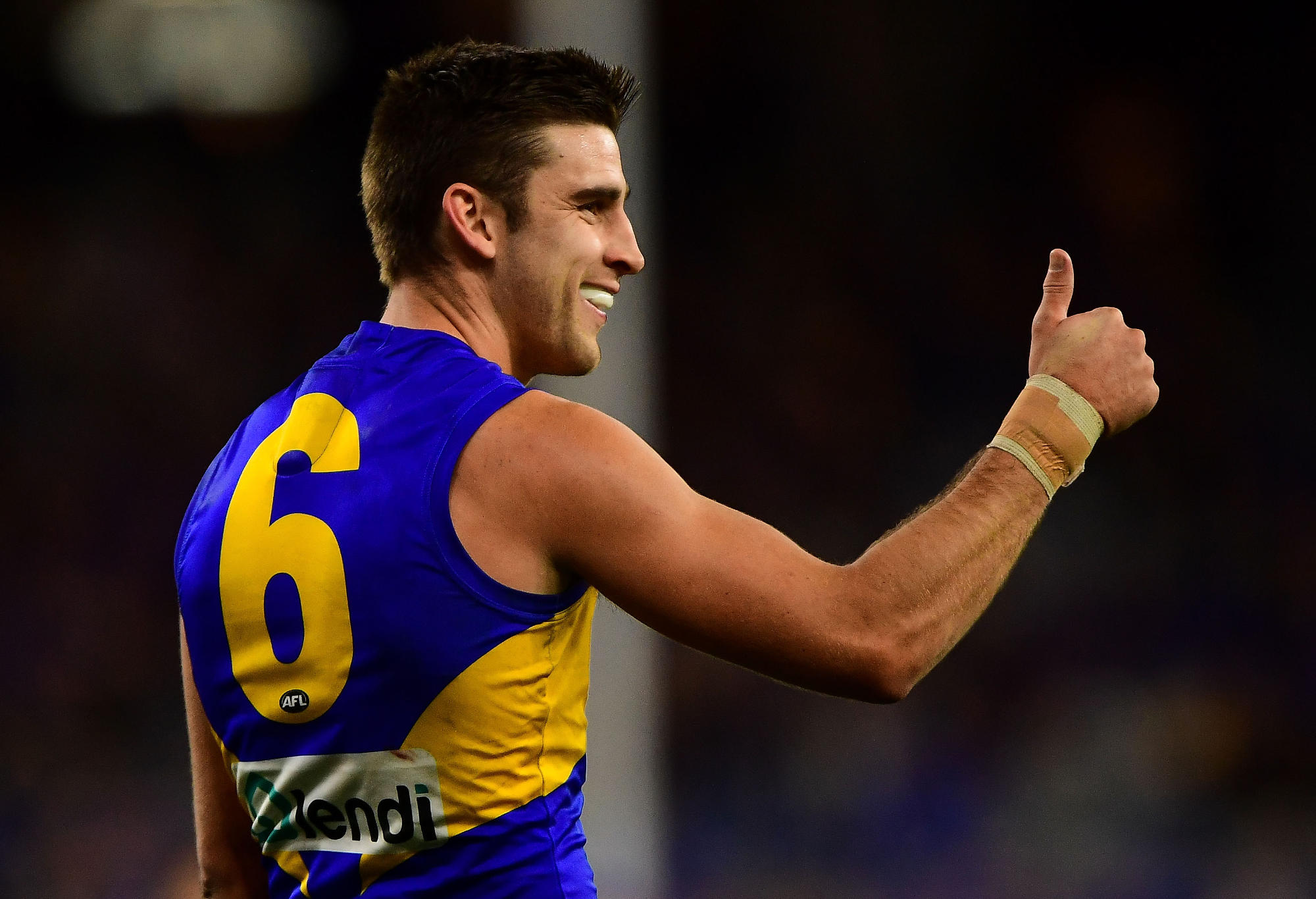 Elliot Yeo and the Eagles are back in form. (Photo by Daniel Carson/AFL Photos via Getty Images)

Gold Coast hardly disgraced themselves sans Matt Rowell against Geelong, but I think they’re due to hit a speed bump. Melbourne will score an unconvincing win and slap themselves on the back but make no meaningful improvement.

Saturday night’s other clash should see the resurgent Bombers score another four points against the spluttering Kangaroos. North Melbourne are a chance, but that 20-point win over GWS in Round 2 is becoming a distant memory.

Port Adelaide taking on Greater Western Sydney is the match of the round and, despite the “uppercut” (as Ken Hinkley called it) Port received, they’ll push the Giants all the way here. Still, I reckon GWS have turned the corner and should have the class to get it done.

The Tigers should have little trouble flexing their muscle over a young Swans side who’ve already committed to blooding two debutants, while the round should finish with the red-hot Bulldogs notching another win over a gallant Carlton outfit.

Shoe-In of the Week? If I have to…

West Coast over the Crows.

Marnie Cohen was unable to provide a write-up for her tips this week.

Last week was perhaps the easiest tipping week we’ve had in a while. This week seems a smidgen more difficult.

We begin with Geelong versus Brisbane at (checks notes)… the SCG? Never mind the odd setting, this should be a super clash. Second versus third, these two are perhaps the strongest two teams in the competition.

Given neither have the customary home-ground advantage I’d usually use to guide the tip, I’m going to tip Brisbane purely on the basis of them showing a bit more in their opening weeks of the season. They’ll win, but narrowly.

Friday sees Collingwood take on Hawthorn, also in Sydney. Collingwood has had a terrible fortnight, while the Hawks also lost their endeavour last week. Neither inspire a whole lot of confidence at the moment, to be honest, but I’ll give a narrow nod to Hawthorn.

Saturday is chock-a-block full of intriguing matches. One of which – the Eagles taking on the Crows – is a pretty sure-fire tip, with the Eagles (fresh off an important win last weekend) to easily beat the horrid Crows.

Freo taking on St Kilda comes before that, with both teams coming off wins. Freo are in the midst of (perpetual) injury woes, meaning the Saints remain slight favourites. I can see Freo winning, but I’m not confident enough to tip my own team.

Melbourne play the Suns in the early evening clash, and I’ll have to tip the Suns. The Demons inspire precisely zero confidence right now. The final game of the day sees Essendon taking on North. For this one, I’ll play it safe and tip the favourites in the Dons.

Sunday has three difficult matches to tip. Ladder leaders Port ‘host’ GWS. Port have been widely seen as contenders this season but flopped at the first hurdle against another legitimate contender in Brisbane. GWS have had run of form of their own lately, and according to the tipsters, they’re very slight favourites. That’s enough to convince me. 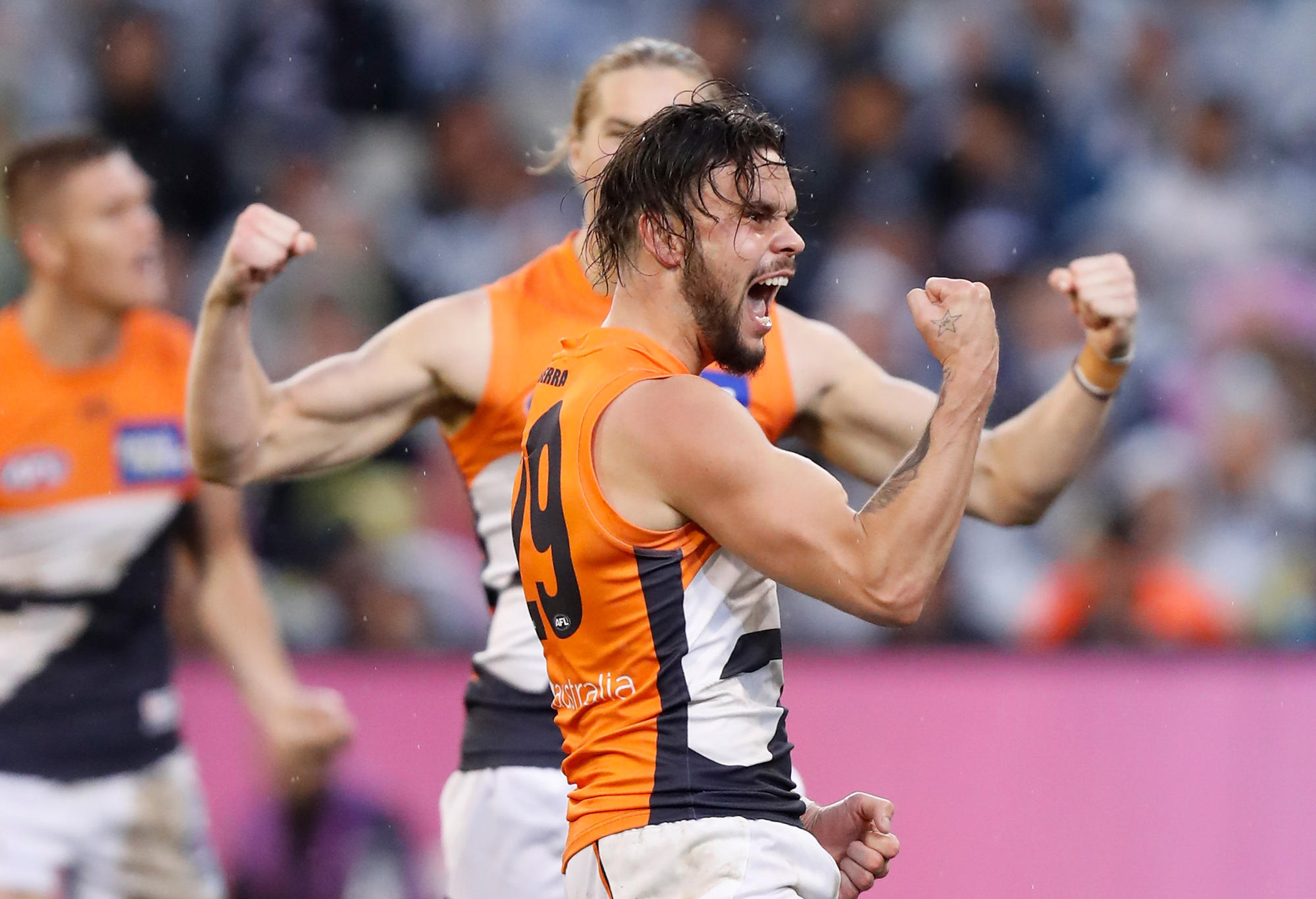 The Giants got back into form last Sunday night. (Photo by Michael Willson/AFL Photos via Getty Images)

Richmond also take on Sydney that day, with the Tigers also slight favourites. It’s the Tigers’ first clash in their hub, but they’re a better side than Sydney, and they should win.

The Bulldogs and Carlton also play each other on Sunday. The Bulldogs’ impressive form makes me much more confident they’ll win.