Watch Oxford United vs Wycombe Wanderers live on Sky Sports Football from 7pm on Monday; kick-off is at 7.30pm

Wycombe are one match away from reaching the Sky Bet Championship for the first time in their 133-year history on Monday, and boss Gareth Ainsworth feels sorry for all the fans who will not be allowed to attend.

The Chairboys, who were bought by American millionaire Rob Couhig in October 2019, face Oxford United in the League One play-off final at Wembley Stadium behind closed doors, with supporters not able to make the trip due to restrictions put in place over the ongoing coronavirus pandemic.

Wycombe enjoyed an emphatic start to the current campaign and were sat top of the table heading into 2020, but form tailed off and they finished third – inside the play-offs – when the league was curtailed last month, with final positions based on points-per-game after clubs voted for the motion.

They now have the chance to reach the Championship for the first time ever, and Ainsworth is gutted for all the fans who will not be able to witness the occasion in person if his side can win.

“I feel for the fans more than the players,” he said. “I don’t have too much sympathy for the players, they get to play at Wembley and get that occasion, so it’s the fans I feel really sorry for.

“They’ve been with us through thick and thin. We have a new generation of fans coming through, especially with the [new owner] Rob Couhig’s influence and the way we want to transform Adams Park into something special.

“For those fans not to be able to make the Wembley trip is going to be tough. But we all know they will be at home watching it. 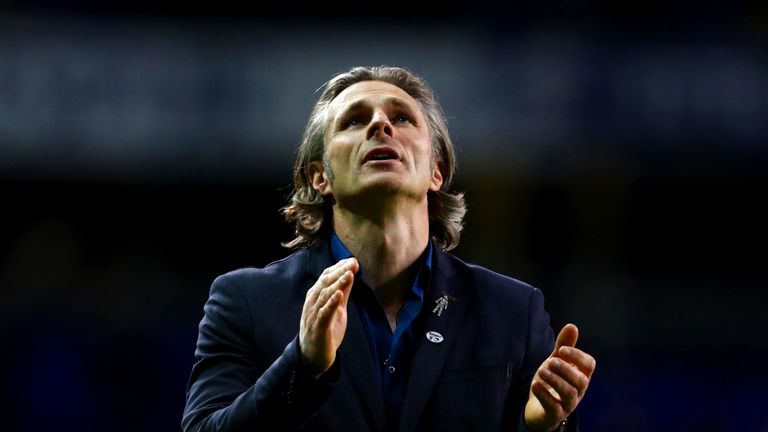 For those fans not to be able to make the Wembley trip is going to be tough. But we all know they will be at home watching it.

“We’ve had more sales of kits and specifically children’s kits, which is great to know Wycombe school kids are now wearing Wycombe shirts instead of Premier League and London clubs which have dominated this area for so long.

“They’re not afraid to wear a Wycombe shirt now. The players do not realise what they have done for these people. I’m so proud to be at the front of this all, but I must credit all my staff and players, they’ve been fantastic for me.

“If we can go one step further – I think our fans would probably swap a trip to Wembley for Championship football next year – I think that might have to be the trade!”

Wycombe beat Joey Barton’s Fleetwood over two semi-final legs to set up Monday’s tie with Oxford, who overcame Portsmouth in the last four.

Ainsworth admitted that it has been a “microwave” of a week for his players as they prepare for the final.

“This week has been a microwave of getting planning done on Oxford, making sure the injuries are fine with the boys and making sure the fitness levels are right because Wembley is a bigger pitch than most,” he added.

“I’m hoping that bit of individual brilliance can come out from our players. It’s been a tough week, but I’ve been here before, so it’s not totally new to me.”