The spring’s enforced pause in play because of coronavirus checked progress across the continent. Certain players, however, have found it more difficult than others to get back up to pace since the resumptions.

Here is one from each of the four major competitions – courtesy of Wyscout and WhoScored statistics – who has struggled to hit their previous heights. 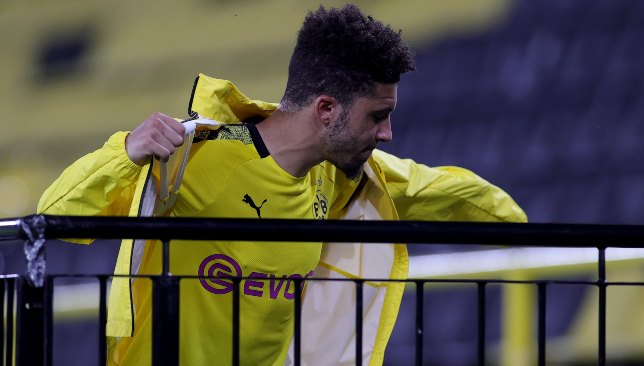 Sancho is, unquestionably, one of football’s brightest starlets and likely generator of the summer’s largest transfer fee.

His long-mooted switch to Manchester United – if it reaches fruition – will come amid the back drop of a muted end to a disrupted Bundesliga season.

A hat-trick against Paderborn was the 20-year-old’s only addition in his last nine appearances to a career-best 17-goal-season tally, while moving onto 16 assists with just one extra in this period.

Pre-lockdown he’d clocked a goal or assist every 64.6 minutes – a staggering ratio. It nearly doubled to 128.3 minutes after lockdown.

This was, partly, understandable because of a lingering ankle problem. Sancho’s current paymasters will hope agitation or distraction were not to blame, especially if the deal – pegged at €120 million by Bild – does not go ahead 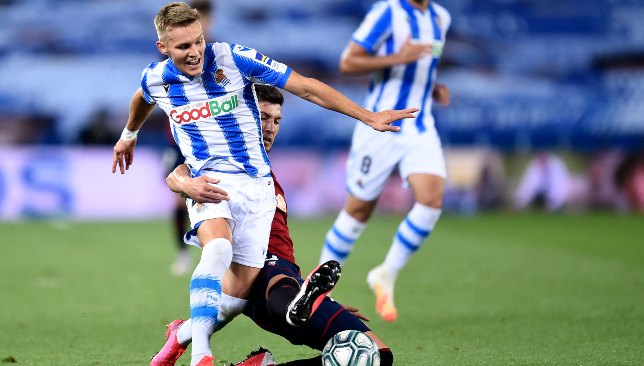 Norway schemer Odegaard’s fortunes have mirrored those of La Real.

The 21-year-old’s bold displays in midfield drove Imanol Alguacil’s charges into an unlikely Champions League-qualification berth. November’s master class in the 4-1 defeat of Eibar then helped signal that this once-maligned ‘flop’ had a bright future at parent-club Real Madrid.

Both Odegaard and his temporary employers, however, have suffered more than most after the interruption.

A packed schedule will have done his enduring tendinopathy – the swelling of the tendon muscle in the knee – no favours. Last month’s flare up caused a visit to Barcelona to assess treatment options.

Odegaard’s struggles have sparked a run of one win (against soon-to-be-relegated Espanyol), two draws and five defeats. Friday’s 3-2 home loss to Granada cemented a decline to seventh and made even Europa League qualification unlikely, while their star midfielder watched on as an unused substitute.

Odegaard has added nothing to his La Liga tally of four goals and five assists. His sprightly presence when asked to defend has also ebbed away.

An average of two recoveries in the opposition half per game has been notched post lockdown. This is a steep decline from the rate of 4.3 delivered in the preceding 23 top-flight games. 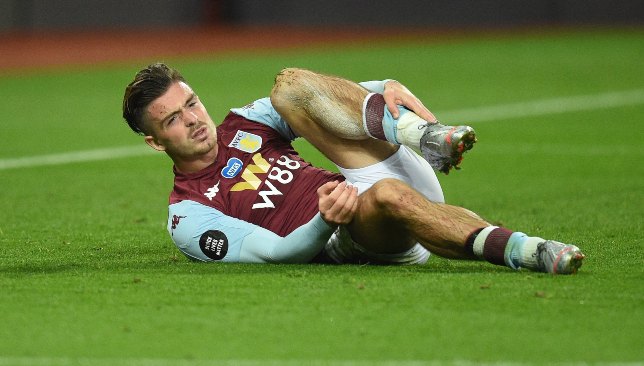 What a horrid end to the season for, seemingly, relegation-bound Villa and their skipper.

The 24-year-old steadily contributed seven strikes and six assists to the Midlanders’ cause, prior to an unexpected break. Thursday night’s 3-0 defeat to rumoured suitors Manchester United made it eight Premier League games without a goal contribution, with six of these coming in a damaging post-lockdown spell from which just two points have been gained.

Dean Smith’s desperate – but, thus far, forlorn – attempt to bolster the division’s leakiest defence has curtailed his star man’s influence. An element of personal responsibility, though, must be given to the five-game period, from March 1’s League Cup final defeat to Manchester City and June 24’s 1-1 draw at Newcastle United, when he registered zero attempts.

The 20-per-cent dribble success rate (10/2) in last month’s 1-0 defeat to Wolverhampton Wanderers further emphasised a desperation that has crept into his mind-set.

Grealish still sits second in the division for key passes per game on 2.6. The continued toothlessness of goal-shy strikers Keinan Davis and Mbwana Samatta is clearly detrimental to the playmaker’s statistics.

Yet, at the turn of the year this hometown favourite was tipped for an England breakthrough and mega-money move away from Villa Park. Will he still get either? 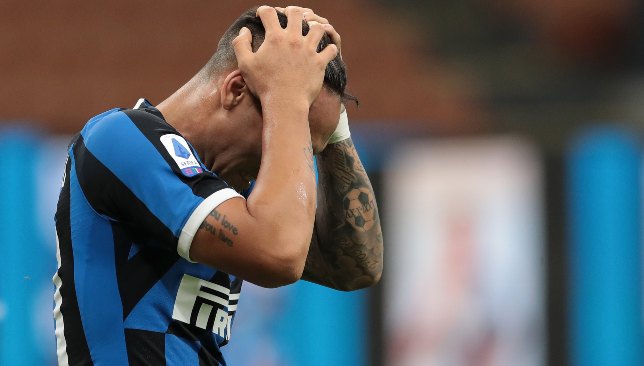 It is a sorry – and alarming – statistic.

No player in Europe’s ‘Big Five Leagues’ – excluding, of course, Ligue 1 – have recorded a greater disparity between their xG (expected goals) and goal return than Inter Milan’s misfiring forward Martinez. The reputed Barcelona target has struck only once, despite an expectation of netting 4.42 times.

For comparison, Bayern Munich’s peerless Robert Lewandowski scored nine goals after the Bundesliga’s recommencement even though he was expected to notch only 6.12.

No wonder Inter’s title charge has been so maddeningly derailed. Strike partner Romelu Lukaku, whose netted three times in his last seven Serie A matches, cannot do it all on his own.

Argentina international Martinez has now only pounced once in his last 11 run-outs in all competitions, this dispiriting spell also including a critical penalty miss during Sunday’s 2-1 reversal against Bologna. He’d begun a once-enlivening 2019/20 with 16 goals in his opening 27 fixtures in all competitions.

Barca were once reported to have contemplated activating an €111m release clause. COVID-19’s ruinous financial impact, however, might not be the only reason they let it lapse.