Kamau Usman is making his second welterweight title defense against rival Jorge Masvidal and is coming off strong performances in 2019.

After ending Tyron Woodley’s title reign in dominant fashion at UFC 235 he followed that performance with a fifth-round TKO of Colby Covington at UFC 245.

Usman goes into the fight as heavy favourite especially since Masvidal steps in on short notice to replace Gilbert Burns, who tested positive for COVID-19 a week before the fight.

It’s the fight everyone wanted as Usman and Masvidal have been adversaries for quite some time.

The two have been embroiled in a heated feud since January, when they engaged in a shouting match during Super Bowl week in Miami. 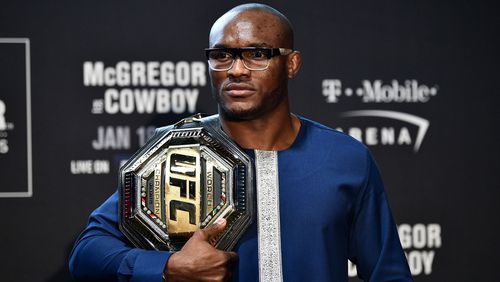 No matter what happens Masvidal still deserves much respect for taking the fight six days out, having to shed more than 20 pounds during that time to make weight. So he might feel the effects of that come fight time but he’s a seasoned campaigner and has been in the fight game for years so he knows what to expect.

In the co-main event, Alexander Volkanovski looks to prove that his decision win over Max Holloway for the UFC featherweight championship in December was no fluke.

Holloway is seen as arguably the greatest 145-pounder the UFC has ever seen and Volkanovski takes a huge risk in returning for the sequel.

Volkanovski will look to get his ninth straight victory and has yet to taste defeat in the UFC.

Holloway goes into the rematch with a restricted preparation due to the pandemic by his own account and enters the fight losing two of his past three after winning 13 straight from 2014 to 2019.

Volkanovski enters the fight vowing to “finish” Holloway after suggestions he didn’t win the first fight in convincing fashions leaving some to question the validity of the win.

Petr Yan and former UFC featherweight champion Jose Aldo will battle for the vacant UFC bantamweight championship that Henry Cejudo relinquished when he retired in May.

Yan is undefeated during his UFC tenure but will have to get past an all-time great who will look to win a world title in a second weight class.