Who is David Prutton tipping for victory in the Sky Bet Championship in the midweek round of games? Find out here…

West Brom’s slip at the weekend has opened the door right up for the sides below them, and Fulham may sense a little bit of blood at the weekend.

Scott Parker’s side trail the Baggies by five points, and only a win will do with three games to go. That might make it easier for them to approach the game in a way, and I have a feeling they could take advantage.

Cardiff have lost their last two games, but luckily for them no one below has really stepped up and taken advantage, so it’s still in their hands.

Derby have lost their way at the wrong time, but that’s probably mostly to do with the fact that they’ve faced some really good sides in their last few games. They need a win, but I think this will be a draw.

That was a massive win for Luton at Huddersfield on Friday evening, as it puts them within touching distance of climbing out of the bottom three. The end-of-season relegation picture is still a little unclear, but it’s up to Nathan Jones and his side to keep on picking up points.

You would worry about this run of form for QPR were they not safe in mid-table. It feels as though they haven’t really been up for the restart and have put in some really poor performances. Luton will want this more, and they need it more. So I have to back them.

Brentford have been brilliant since the restart, and I can’t really praise them enough. They have been relentless in their pursuit of automatic promotion.

Preston are still in with a real shout of reaching the play-offs, but I feel like that challenge may come to an end at Griffin Park. The home side are too good at the minute. 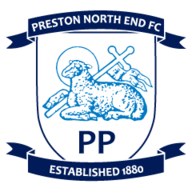 Birmingham have the feel of a side sleepwalking into trouble, although they will be delighted there are only a few more games this season as it might just keep them afloat.

Charlton have lost three in a row but they have all been pretty close games. This is one they will have earmarked for a win, and I think they will get it at St Andrew’s.

Nottingham Forest will have turned half an eye to the play-offs already, but need to make sure they don’t fall asleep completely as the job isn’t quite done yet.

Swansea could move to within three points of Forest with a win, but they will still be gutted with losing so late against Leeds on Sunday. I fancy a home win here.