Dan Ryan believes everyone involved in netball needs to see the new Super Shot rule in practice before deciding one way or the other about Suncorp Super Netball’s new innovation.

The head coach of Leeds Rhinos Netball and Northern Ireland joined Tamsin Greenway and Caroline Barker on a recent episode of Off The Court to discuss the new addition to Australia’s elite league.

The ‘Super Shot’ will be available for shooters to take during the final five minutes of quarters throughout the 2020 season, which starts on August 1.

The shot, from a designated 1.9m zone inside the existing shooting circle, will offer goal attacks and goal shooters the chance to score a goal that will be worth two points. If extra-time is needed, five minutes will be played and the Super Shot rule will be in place throughout.

“My thoughts on it [Super Shot] have probably changed a little bit, especially when you detach the emotion away from the decision,” Ryan said on Off The Court.

“From my personal perspective, I’m not sure whether the rule is needed just yet. However, I’m really open-minded as to what it might do for the game.

“The way I look at it is that there’s no one involved in our sport, anywhere in the world, who can have an unemotional, objective, evidence-based opinion on whether this will work or not.

“That’s because we haven’t actually seen it in a competitive environment for an extended period of time. It’s only once we have, will we be able to see whether Super Shot improves the game or whether it brings it down.”

Super Shot can bring back something netball’s lost

Tamsin Greenway ponders the fall out of Suncorp Super Netball’s new Super Shot and considers whether it offers the chance to bring back things netball has lost.

Ryan acknowledged that the Super Shot has been seen before and in Australia was part of the Bushfire charity relief match between the Australian Diamonds and a Suncorp Super Netball All-Stars side.

During that contest, the Super Shot goals were encouraged in order to raise even more money for charity and that’s a very different context to competitive league meetings. 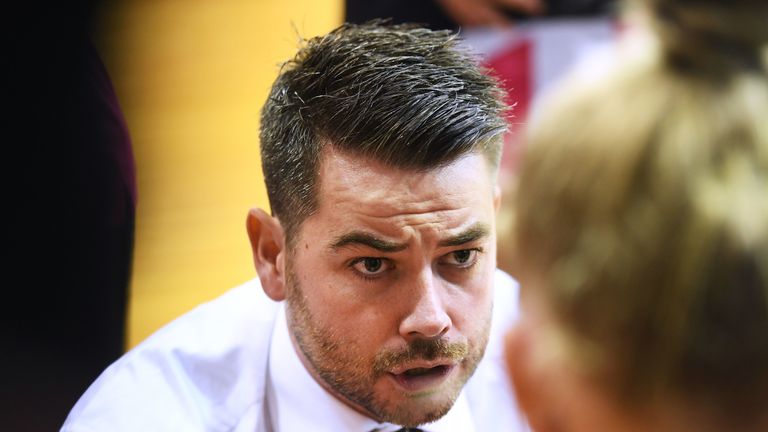 Netball is a sport that’s under enormous pressure to stay afloat. When you’re on the outside looking in at Suncorp Super Netball, you think that it’s amazingly financial and commercially viable – the reality is that it’s doing well just to keep its head above water.

“We know, as individuals working in the sport of netball in England and in Australia, it isn’t all sunshine and lollipops in terms of the finances,” Ryan continued.

“Netball needs to keep moving forwards and the only way that it’s going to do that is by being progressive, innovative and by bringing in more partnerships, interest and commercial dollar.

“The way to do that, I guess, is to entice a new level of interest into the game.” I think that we all need to hold our emotional opinions until we’ve actually seen it played out.

Dan Ryan on the Super Shot

“If it’s good for the sport, everybody involved should move forward with the times and should embrace the change…

“If it doesn’t work, the people who have made this bold and brave decision put their hands up and say that it hasn’t work and we’ll look at different ways at growing the game.”

The announcement of the Super Shot has greatly divided fans, pundits and players. Cara Koenen of Sunshine Coast Lightning took to their website to share her perspective on it.

“In terms of the rule itself, I have spent the last week reading different articles and speaking to people to understand and consider a number of different perspectives,” she said in her player diary.

“What I have come up with is this; I think that the implementation of a two-point shot has the ability to change the fundamental strategies which underpin netball and, as someone who fell in love with the game as it is, I am not on board.”

Two-time world champion Sharni Layton went on social media to share her positivity about the innovation and praised the sport for taking risks.

“I already want to watch to see how this turns out,” she concluded. “For once our sport has controversy… and I LOVE IT.”

Okay, late to the party. There’s something Netball hasn’t done enough of in its history – and that is take risks. I already want to watch to see how this turns out! For once our sport has controversy.. and I LOVE IT ❤ https://t.co/YaumSvcxKi

For Ryan, who has extensive Suncorp Super Netball experience following his time with the Adelaide Thunderbirds, the timing of the Super Shot is perhaps a little soon. However, he does agree with Layton that the new rule has certainly sparked interest levels.

“I’m not sure whether it was needed just yet but I totally understand the need for something to happen and something to change, otherwise netball becomes quite precarious in the sports market.

“Anyone that says that they’re not going to watch and that netball is dead [because of it] are kidding. People are now really interested to see how this play out. It’s going to be exciting, nonetheless.

“As a purist, I love shooters turning the post from anywhere in the circle. There are a lot of players in our game who don’t do it, despite being capable they get the ball under the post and play the percentage play.

“There’s no questioning the fact that Super Shot will be an advantage to some teams more than others but I think that it will bring another element back to the game and one that has been lost.

“We all need to be open-minded as to what could be, without closing the door just yet on it.”