The conventional wisdom of rugby league has dictated the new rules introduced in an effort to speed up the game will eventually lead to the big men in the sport becoming a thing of the past.

Chris Hill, however, believes him and his fellow Warrington Wolves forwards are well-suited to the world of no scrums and ‘six again’.

Standing at 6ft 2in and weighing close to 18 stone, the Wolves co-captain is an imposing presence in their front row along with Mike Cooper, Joe Philbin and the similarly proportioned Leilani Latu, who is still awaiting his Super League debut.

And, having experienced the new rules for the first time in Warrington’s 40-10 win over Hull Kingston Rovers last Saturday, Hill is in no doubt the pack can make them work to their advantage.

“It’s getting a fine line now between being a big man and being able to move on your feet laterally as well,” Hill said.

“At times, it was a like a tig-and-pass game you have in training, but I think we prepared really well for it.

“Me and Coops, it really stands us in good stead for what we can offer and then the big lads coming off the bench like Joe Philbin. I think it really suits us. 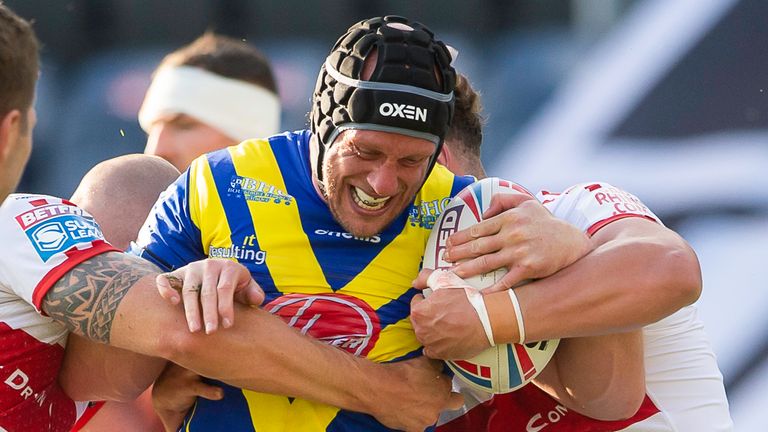 It’s getting a fine line now between being a big man and being able to move on your feet laterally as well.

“Some teams may be looking at other options in the future, but it’s definitely sped the game up. It’s quicker and the ball in play is a massive factor now.”

Warrington head coach Steve Price was particularly pleased with how his team kept their discipline when it came to the ‘six again’ rule against Rovers, conceding just one set restart for a ruck infringement during the match.

Hill was certainly mindful of the impact a restart could have, particularly late in the tackle count, and has watched with interest the differences it has made to the way rugby league is played in the NRL where the rule has been in place since their season resumed in May.

“I think a lot of players had it in the back of their head with the new rule and back to six again,” Hill said.

“I watched a bit of the NRL the day before and you find on tackles three, four and five you don’t get as many people in the tackle with the big lads especially worrying about giving away a ‘six again’.

“There weren’t a lot in our games, and I thought [referee] James Child did a good job of letting it flow. Both attacking and defensively, there’s not much thinking time now.

“You’ve got to really react, and I think it really works for us.”

But while defensive discipline remains as important as ever, the faster pace of the game and the ball being in play for longer means it is even more key while in possession as well. 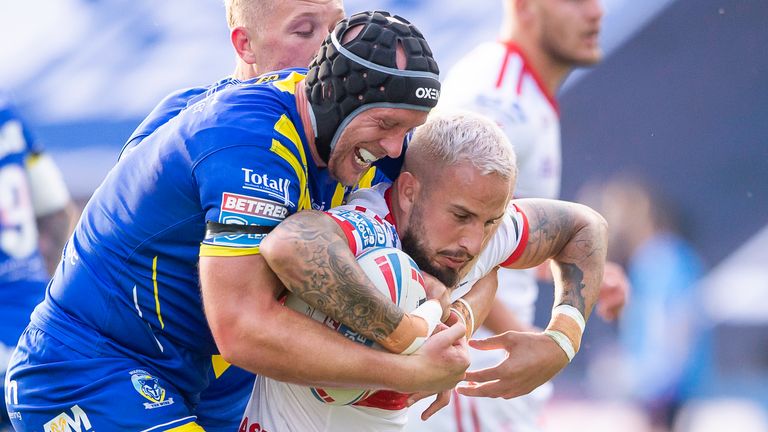 I watched a bit of the NRL the day before and you find on tackles three, four and five you don’t get as many people in the tackle with the big lads especially worrying about giving away a ‘six again’.

The fact Warrington have, according to the latest Opta statistics, made the most errors of any team in Super League so far this year with 99 is something they are aware of and will be making sure they tighten up on for this Saturday’s clash with Huddersfield Giants.

“We gave a few scrappy decisions – not penalties – with the ball away [against Hull KR],” Hill said.

“There are no scrums anymore, so there is no time to relax and if the other team want to get on with it, they can play the ball and we’re off.

“I think that’s just as important as the defensive side. You’ve got to keep hold of the ball and make the other team defend.”