The pecking order is not purely based on results; it’s effectively a ladder reflecting the way the teams performed in the previous round.

Round 11 proved a challenging round to rank the teams, as there were two one-sided and six relatively close games. Those six games had a margin of 24 points or less, with one of those games a draw between Gold Coast and Essendon.

Geelong were phenomenal against St Kilda. They were fantastic in every area of the game and they managed to translate that dominance into a comfortable 59-point thrashing.

There was only 16 teams to rank in Round 11 as two teams had a bye, which made it an interesting exercise to analyse all that played.

1. Geelong Cats
THey started the game off well, taking plenty of uncontested marks in the first quarter. They put their control of the game on the scoreboard after quarter time. Their performance was outstanding – it wasn’t that St Kilda wasn’t good, but Geelong were sensational. In every aspect of the game they were far too good for St Kilda. Their endeavour, pressure and intensity never wavered and their skill execution was clinical. They played to their optimum level. 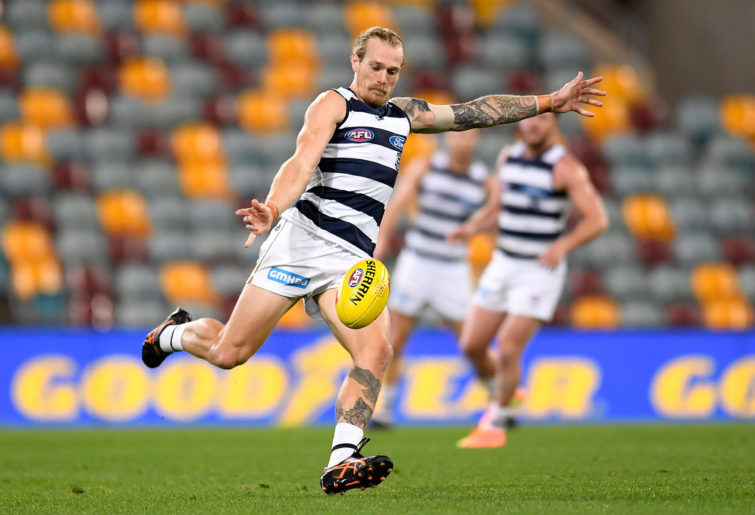 2. Essendon Bombers
The Bombers responded to conceding the first goal of the game with a goal of their own to take the lead for the first time in the match near the midway point of the first quarter. They managed to reduce the deficit to 11 points in the second quarter through two efficient goals. They kicked the first goal of the third quarter and controlled the balance of play in that quarter. The fourth quarter was controlled by Essendon; they took their opportunities, eventually taking the lead, but it was all square at the end.

2. Gold Coast Suns
They brought a good amount of intensity to the game early on, which set the scene and gave them the confidence to take the game on or slow it down when they deemed appropriate. Despite that, Essendon completely outplayed Gold Coast in the third quarter, but thankfully for Gold Coast they still had a two-goal lead at three-quarter-time. The last quarter ebbed and flowed, but Essendon were the better team. A draw was probably a fair result.

4. Melbourne Demons
They didn’t take their chances early, kicking one goal and four behinds by quarter-time. But they dominated the second quarter, kicking just one goal out of four scoring shots. The longer the game went on the better they played, and that translated on the scoreboard. They had a four-quarter effort. They kicked nine goals and seven behinds after half-time. 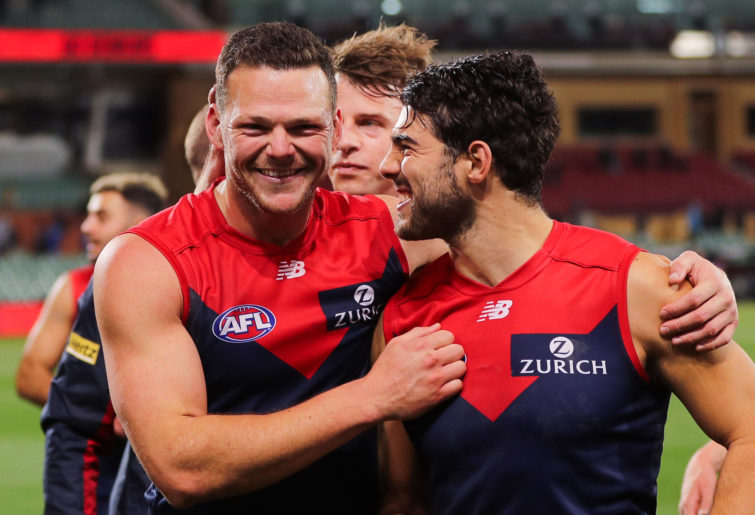 5. Port Adelaide Power
They brought a high intensity to the contest. The Power managed to kick the opening four goals of the game only to concede the next four goals. They regained the momentum on the scoreboard in the second quarter. Strangely, they trailed at three-quarter-time despite playng really well. Thankfully for them in the fourth quarter they kicked three goals in two minutes, which was a pivotal part of the game and helped them win by 21 points.

6. Brisbane Lions
The Lions battled early, conceding the first three goals due to their defence not being organised enough. They reacted well, though – it appeared to motivate the Lions to work their way back into the game. Brisbane kicked three goals in a row in the second quarter. In the third quarter they led by as much as 38 points. They played an astute game in the fourth quarter, preventing the Western Bulldogs from gaining the ascendancy on the scoreboard.

7. Richmond Tigers
They were completely outplayed for most of the first quarter as Port Adelaide kicked the opening four goals of the game. Their intensity didn’t match Port Adelaide’s drive. It didn’t appear as though they were adequately prepared for the quick ball movement of the Power. They led by one point at three-quarter-time despite their slow start. Unfortunately, in the fourth quarter they failed to register a single point.

8. West Coast Eagles
They didn’t take the game on enough in the first half, but they did stay within striking distance on the scoreboard up until the third quarter, when they kicked four goals in a row to hit the front late. They were more efficient and clinical than Carlton in their forward line, which showed on the scoreboard, as they claimed a 22-point win. To put it simply, West Coast know how to win.

9. Western Bulldogs
They moved the ball well through the corridor early in the contest and managed to transfer their control of the game onto the scoreboard, kicking the first three goals of the match. After that, they failed to cope with Brisbane’s pressure and trailed by three points at quarter-time. They failed to bring the same pressure and ball movement after quarter-time. Throughout the rest of the game they stayed within a chance of winning until late in the fourth quarter.

10. Fremantle Dockers
They brought a high intensity to the contest early in the piece. Their attack on the footy was relentless, which meant they led at quarter-time. Despite controlling the game, they kept Hawthorn in the game on the scoreboard in the first half. There were good signs for Fremantle, as they performed admirably without capitalising on it in the first half. They’d be relieved that they won the game given their fourth quarter was disappointing, scoring only two points for the entire term. 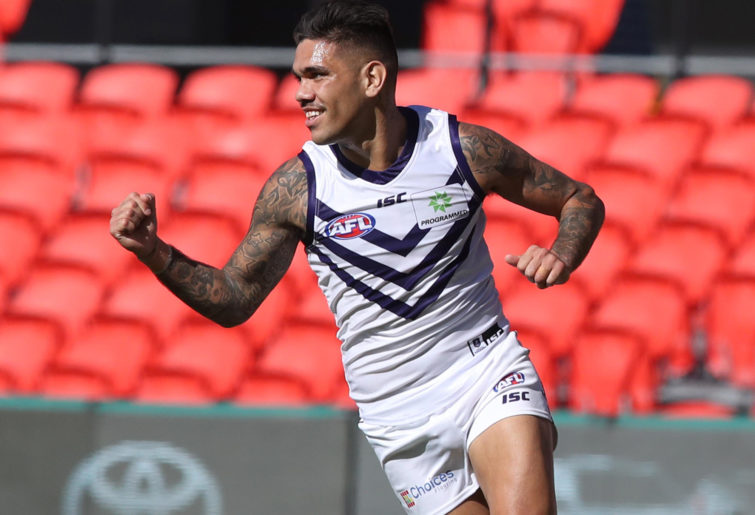 11. Carlton Blues
They prevented West Coast from gaining the ascendancy early. Carlton would have been pleased that they stayed in the game on the scoreboard. They are a better team with Zac Fisher in it as he kicked four goals. Their work rate and attack on the footy was inspirational in the third quarter, but they didn’t put on any scoreboard pressure. It looked like they found a way to lose.

12. Collingwood Magpies
They took for granted that they would defeat Adelaide. The intensity they brought to the game wasn’t nearly as high as that of the Crows. Despite staying in touch on the scoreboard, Collingwood didn’t appear as hungry. But somehow they took the lead in the third quarter, perhaps due to Adelaide not taking their chances and, eventually won the game by four goals.

13. Adelaide Crows
The Crows brought pressure and endeavour to the start of the game. They deserved to lead by more than seven points at quarter-time. The only thing missing from the Adelaide game in the first half was taking their opportunities to score goals. They were made to pay with a deficit of 17 points at three-quarter-time and eventually lost by 24 points despite having 13 shots on goal to Collingwood’s 12. For the Adelaide footy club there’s some light at the end of the tunnel.

14. Hawthorn Hawks
They may not have brought the intensity that they normally do, but they stayed in the game on the scoreboard. They were fortunate to have only a 12-point deficit at quarter-time and the same margin at half-time. They lost Isaac Smith through injury for the entirety of the second half. Hawthorn continually turned the ball over, and to blunt their performance was disappointing. Their score was doubled by Fremantle, 34 points to 17 points, nearing the end of three-quarter-time. Four of Fremantle’s first five goals were from Hawthorn turnovers.

15. North Melbourne Kangaroos
They led by ten points at quarter-time despite having the same amount of scoring shots as the Demons, with each team having five. North Melbourne were in the game, trailing by just five points at half-time even though they had only one shot on goal in the second term. They trailed by only 16 points at three-quarter-time, but after that they were embarrassed, with the Demons obliterating them. Nick Larkey kicked four of their five goals. That says it all.

16. St Kilda Saints
They started the game off slowly but worked their way into the contest. They stayed in contact with Geelong on the scoreboard despite being outplayed in the first quarter. They allowed Geelong to control the tempo of the match. The scoreboard was reflective of the lesson that St Kilda got taught in terms of attack on the footy, execution of skills and being clinical in front of goals.