Whether you’re just learning the game of baseball or helping your team take a game in the World Series (while helping fans get free tacos), baserunning is an important aspect.

Sure, it doesn’t get the attention that, say, launching balls into the stratosphere might receive, but knowing your way around the basepath shouldn’t be neglected—and that tip goes equally for the coaches.

“It’s all practice. I run the bases during BP. In spring training we are running bases. Constantly putting in the work for this time.”

Most players don’t take the same pride in baserunning that they do with other parts of their game.

Mookie Betts is not most players. pic.twitter.com/dkR6VTSctg

As part of the coaching staff for our partners at YSPN360—and someone who has worked with the Dodgers in the past—Pittsburgh Pirates first base coach Tarrik Brock shares Mookie’s thoughts.

And better yet, he has taken his professional-level baserunning tips and drills and broken them down, so it works just as easily for young players as it does for the guys in the MLB.

One of his best to use this winter for right-handers (like Betts) is this Out of the Box—Fast Arms drill:

Related: Learn about the Journey vs. Process with Coach Brock 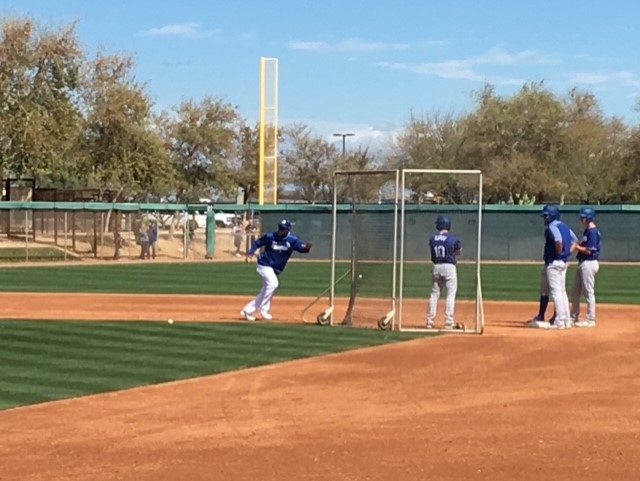