Let’s start with some honesty: I don’t like RasenBallsport Leipzig, aka “Red Bull” Leipzig.

Not many people in German football do.

They are more unpopular on the ground in German stadiums than Bayern Munich, which is some achievement.

However, they have become one of the strongest teams in the Bundesliga and their influence on German football cannot be underestimated.

Under Julian Naglesmann they have become a dominant force, playing attractive football and are seemingly on the cusp of winning trophies and becoming the third major force in German football.

Their transfer strategy over the coming months will have a big say in their ability to maintain the high standards they have set.

They are losing their superstar manager Naglesmann, as well as one of their key players, Dayot Upamecano, who will both be in Bayern kit next season.

Ibrahima Konate is widely expected to join Liverpool, right-back Benjamin Henrichs and winger Justin Kluivert are both on loan and unlikely to stay. 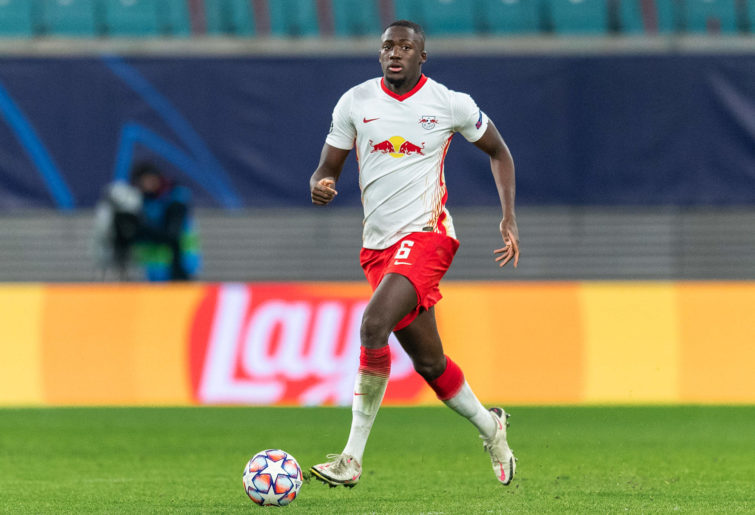 Neither Henrichs or Kluivert are key players, but with so much movement out of the club, it will require a significant amount of squad rebuilding.

Their lack of a leading goal scorer is a major concern, which was not solved with the €20 million (A$31 million) purchase of Alexander Sørloth, who after a phenomenal season in Turkey, has only scored five goals in the Bundesliga.

Club captain Marcel Sabitzer at least is leading the line with eight Bundesliga goals, but next season either needs to see a huge improvement from Sørloth or another forward brought in.

Luckily, as part of the RB empire, they have the supply line of talent in RB Salzburg, the winners of the last eight Austrian Bundesliga titles.

Young and prolific forwards Patson Daka (27 goals in 27 league games) and Sekou Koita (14 in 16) could come in for a relatively cheap fee, with the added experience of winning trophies and playing in the Champions League.

The option to join up with highly-rated midfielders Dominik Szoboszlai, whose recent transfer from Salzburg has been transformative (four goals and eight assists in only 12 league matches) and Dani Olmo would surely appeal to Daka and Koita.

The fact Salzburg coach Jesse Marsch is coming to take over the reigns at Leipzig is also a huge bonus and would make any transition of Daka or Koita into the Leipzig squad much easier.

Although it seems an obvious option for Leipzig, that doesn’t discount the fact it would be intelligent and likely successful.

As alluded to earlier, though, it is their central defence which appears to be the most in need of replacement. Luckily, the club got a head start months ago.

Dinamo Zagreb youngster Josko Gvardiol, a left-footed centre-back who can also play as a left-back, has agreed to join for €16 million (A$25 million).

It isn’t cheap for a 19-year-old, but he has played 24 league games and ten Europa League matches this season, where the club made the quarter-finals. He has just been announced in the Croatian 26-man squad for the Euros.

In March, it was announced that Leipzig have secured Strasbourg’s young right-footed centre-back Mohamed Simakin.

Simakin’s versatility will be welcome news for Leipzig, as he is equally adept at playing in a back-three or back-four, he can play as a right-back, as well as moving further up the pitch into a deeper-lying midfield role.

He has represented the French under-20 squad twice and was considered by AC Milan and Liverpool until sustaining a bad knee injury in January.

Leipzig appear to have secured two highly talented young defenders to replace those leaving or expected to leave and can call upon their feeder club to bring in some very talented forwards.

Even if they are widely unpopular with German fans, their recruitment strategy is paying dividends and their forward planning puts clubs like Hertha Berlin to shame.